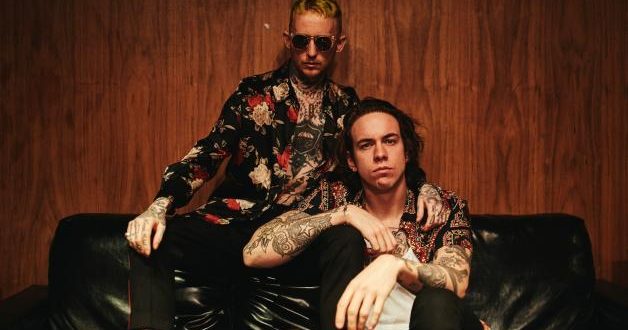 Critically acclaimed British punk rockers Frank Carter & The Rattlesnakes have released their new single “Go Get A Tattoo” featuring Lynks, the latest offering from their forthcoming album Sticky, out Friday, October 15th via AWAL Recordings. PRESS HEREto download/stream. Sounding like a turbo Madness or The Specials, “Go Get A Tattoo” is an irreverent ode to tattooing, Carter’s other full-time gig, and his own east London tattoo shop that was unable to open its doors due to the pandemic. PRESS HERE to watch the official music video for “Go Get A Tattoo”directed by Thomas Davis (Alfie Templeman, beabadoobee), which first premiered with Consequence. Sticky, the band’s fourth full-length studio album, is available for pre-order now at all DSPs and each digital pre-save will include an instant download of “Go Get A Tattoo” along with previously released singles “My Town” and “Sticky” PRESS HERE.

“This song is a love letter to tattooing and how it’s made me feel over the years,” shares Carter. “Without tattooing, I wouldn’t be the person I am. It gives me a way to get closer to friends, family and fans, and provides intimate connections with people to create memories that can last lifetimes. I signed the lease for my first ever tattoo shop Rose of Mercy on March 1, 2020. Within 3 weeks, we were closed and I had no idea when we were going to open. I’m not sure if I ever truly took tattooing for granted (I’d like to think I’ve always had respect for it), but I do know that I won’t ever take it for granted in the future, and when this global pandemic is over, I will be traveling more and tattooing constantly as it’s a gift and should be shared. So, if you are stuck in a rut, or you need to mark a big moment, or you fancy a permanent change, or you just want to look cooler, look for the rose.

Sticky, produced by the band’s other co-founder Dean Richardson (guitar, synth/keys), marks the next phase for The Rattlesnakes and solidifies the pairing of Carter and Richardson as one of the most exciting partnerships in punk rock and Carter (previously of Gallows and Pure Love) as a vital voice in UK music, rallying against injustice, the patriarchy, right-wing politics and toxic masculinity. Their sound practically punches out of the speakers on the forthcoming collection with a new directness and immediacy and Carter sounding like an untamed force of nature, embodying the impish menace of Keith Flint one minute, Sid Vicious the next.

Frank Carter & The Rattlesnakes first introduced this new chapter in the spring with the single “My Town” featuring IDLES’ front man Joe Talbot, which has already amassed over 2 million plays. Described by Carter as metaphor for our collective mental health falling apart, the ferocious standout track is about the people who’ve had to confront problems that they were evading and coming to terms with the fact that we’re all the same and in this together. PRESS HEREto watch the official music video for “My Town.â” The 10-track album, the follow-up to 2019’s acclaimed End of Suffering, also features the title track “Sticky,” a snarling call to arms, and additional guest spots from Primal Scream vocalist Bobby Gillespie and British singer Cassyette. Full track listing for Sticky below.

Known as one of the best live acts in the UK, Frank Carter & The Rattlesnakes, who’ve supported the likes of Foo Fighters, Bring Me The Horizon, and Sum 41 and recently headlined the Download Pilot Festival, will be embarking on a headlining tour across the UK later this year to support the release of Sticky followed by a full European outing at the top of 2022; visit www.andtherattlesnakes.comfor all upcoming tour dates.

Since their debut in 2015, Frank Carter & The Rattlesnakes, who’ve racked up nearly 140 million worldwide streams, have built a reputation for blistering anthems that owe as much to brooding desert rock as it does hardcore and power-pop. They’re redefining punk-rock with a sound that straddles eras and genres, putting The Rattlesnakes in a category all their own, while also challenging tired cliches and setting the world to rights. Carter is particularly outspoken about mental health and how it’s changed his perspectives on masculinity, using his voice and platform to break down societal norms and barriers. The band has also fostered a safe, respectful, and inclusive environment at their live performances, encouraging equality and empowerment with their fans. 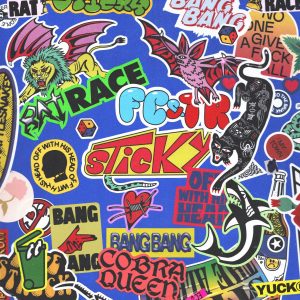 Caitlin Dunn is a Massachusetts based photographer who loves photographing concerts as well as events and lots of other things!
@@caitlindphoto
Previous Single Review: Neil Nathan “You’re My Lady”
Next NatStar (@natsocold) – BBL 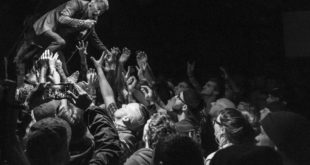 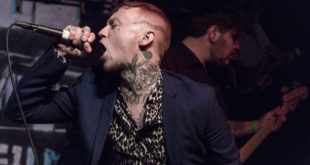