Electronic music without vocals has become the classical music of our time. Musicians are favoring keyboards and drum machines over violins and cellos, but the end result is the same. They are able to invoke emotion and create a moment without language. Bloomfield Machine’s new 4-track EP, “Units of Uncertainty,” follows in that vein, capturing composer/musician Brian Kassan’s inner turmoil and turning it into dreamy, catchy electronic tracks. Kassan has  been working on his Bloomfield Machine project for a few years, putting out albums in 2017, 2019, and earlier in 2021. However, this is not his first foyer into music. He played in The Wondermints (Brian Wilson’s backing band), Chewy Marble, and The Tikiyaki Orchestra. Bloomfield Machine is a departure from the various types of music he’s played over the years, and it feels very personal.

The EP begins with a short track called “Cultural Treason.” The title alone sets a certain mood, and when the song begins, it feels like the opening of a movie. There’s something about the melody that feels like a throwback to chamber music, but with a much cooler modern edge. It draws you in and just as you’re settling into it, it ends and drops you into the next, heavier song, “MicroAggression.” The track builds, much like aggression, starting off with sounds that almost make you feel like you’re on a train, listening to the tracks clack under the wheels. And then the bass booms and blooms and the whole song launches into a massive dark explosion. These first two songs play well off each other and seem to be reminiscent of the confusing and angry times we live in.

The third track on the EP, “Race to Indifference” is more melancholy, but probably the most beautiful of all the songs. It has a calming quality, somewhere to rest after “MicroAggression” beats you up a bit. Even though it’s pretty, it still retains a sinister edge, like the rest of the tracks. It makes me picture the ocean, sparkling blue water with something lurking right beneath the surface. It has a catchy melody that will make you come back to it and take the little journey through it again and again.

Wrapping up this little tease of an album is the song “Unfavorable Semicircle.” Unlike the other three titles, this one seems more abstract. The song, however, is cool and cinematic and a little trippy. The static-y hushed drums paired with the simple keyboard are great at transporting the listener into the sound-scape for a moment. Where “Cultural Treason” sounded like the beginning of something, “Unfavorable Semicircle” sounds like it’s wrapping stuff up. It’s melodic almost like a lullaby in a way, without sounding baby-ish. I’m curious to see how these songs fit into the full album, because even on their own they tell a decent short story.

Now that many people have access to the tools to create electronic music, it’s easy to come across dozens of songs full of synth. However, a lot of people aren’t particularly good at it. Brian Kassan and Bloomfield Machine stand out because he knows how to layer things in an interesting way and create songs that don’t become monotonous. He is able to marry the magic of classical music with the intrigue of modern electronic music. “Units of Uncertainty” comes out in full in September 2021. 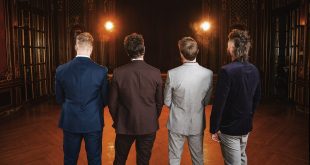 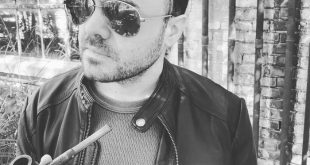