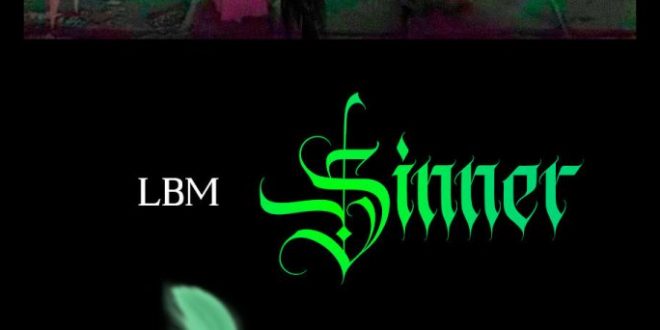 The guitars charge at us subtly but with plenty of menace in their melody in the background of LBM’s single and music video “Sinner” this summer, and as metallic a presence as they have, they somehow only add to the hardened hip-hop atmosphere that suddenly cuts through the silence in this song. The influence of hard rock and heavy metal can be felt in the instrumental componentry of “Sinner,” but at the front of the mix, we find a lead vocal from LBM that could be one of the brightest in emerging rap talent, especially out of his underground scene.

Execution is everything in a crossover like this one, and luckily for both us and the performer, it’s as seamless as we could ask for it to be in this single. LBM’s delivery is smooth and complements the trap-style groove he runs into alongside his verses, and I would be curious to see how well he cuts up these lines in a live setting. From the swagger he presents here, I would have to assume he’s got a natural confidence that could easily translate on stage with the right cultivation and development inside of the studio, which, for all intents and purposes, he’s had in his career so far.

I can’t say enough about the potential that a player like LBM brings to this era in hip-hop history, and so long as he continues to practice an efficient strain of rap, he’s going to find himself reeling in a lot of praise from fans and critics around the underground. He’s not letting any of his skillset go to waste in this piece, and I would even go so far as to say that he’s pushing himself in a manner that I just don’t see a lot of his peers doing on their own. It’s a fine example for the industry and one that will reward him handsomely in the future

Previous DJ Kepi Is Surging Into Most Inspired Year To Date – Debut Full-Length Album “Metanoia” Is Officially Out 09/08/21!
Next Single Review: Pre-Sexual Activities “Spotify Your Life”