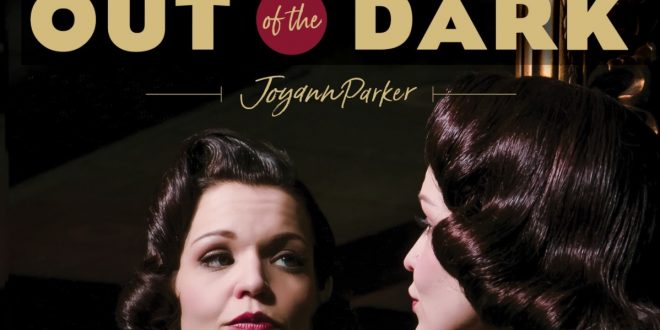 Single Review: “Out of the Dark” Joyann Parker

Alone in the shadows with her piano, we find Joyann Parker looking every bit the part of the complex singer/songwriter in the music video for her new single “Out of the Dark,” which is currently out and streaming online this July. Parker’s demeanor is quite serious, but her tonal presence is sensuous, contributing a rich grandeur to an otherwise soft-spoken melodicism in this piece that could burn a memory of her voice into your heart for a lifetime. She’s definitely running her own show in this single and making it clear how much she has to give to her genre.

“Out of the Dark,” like the album it’s titled after, is a simple piece that instrumentally doesn’t utilize anything more than some homespun strings, powerhouse piano keys, and the profound vocal of one Joyann Parker to leave us absolutely spellbound by its sound. There’s a part of me that is tempted to tie this release in with the lot of retro pop revival we’ve been hearing out of the UK and Canada this summer, but there’s just too much soul in the aesthetics of the singing for me to lump it in with any movement transpiring left of the dial right now. It’s indie, but as accessible as anything in the mainstream.

Joyann Parker’s voice knows no equal in or outside of her scene at the moment, and with continuous momentum coming off of her new single’s release this season, I’m confident her work is going to start turning up on the FM spectrum a lot sooner than later. This is a singer who can’t be held back by the puritan types of the American underground for too much longer – she’s got something that needs to be expressed on a bigger stage, and it’s the bread and butter of “Out of the Dark.”

Tags joyann parker out of the dark review single