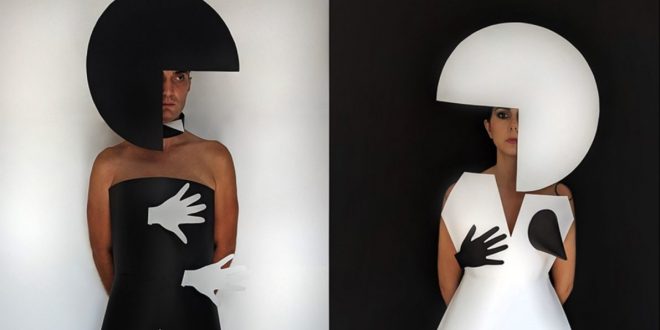 In their all-new music video for the song “Voodoo,” dark pop outfit GelaX aren’t trying to show you another prop-filled release structured around commonplace themes you’ve already seen a hundred times before now. They’re inviting us into the dark corners of the consciousness where nightmares and fantasies are born of the same material. The imagery is perhaps a perfect partner for the sped-up synthpop meandering that forms a canvas for the song’s enrapturing vocal harmonies, and much as it is with all great experimental works, the narrative guarded by the artsy bells and whistles in this piece is completely multi-interpretive.

On the one hand, there’s an industrial side to the rhythm of the music in this track that reminds me of the tense, atmospheric sound Throbbing Gristle became known for. On the other, the post-punk fringe in the cosmetics could be just that – cosmetic in nature – and ultimately standing in place for a more lurid psychedelic performance we’d likely get seeing GelaX play this song live. In this form, “Voodoo” seems like a sample, a calling card for the audience if you will, that gives us a solid but not entirely revealing taste of what’s to come in the next stage of the band’s growth.

As many times as I’ve listened to this song and watched its video, I still can’t decide whether it’s an homage to the old school or a love letter to a new generation of hybrid-loving punks, but at the end of the day, I don’t even know that it matters. The aesthetics of “Voodoo” present us with a band in GelaX that is more committed to versatility than they are the consistency of giving us a sound we can count on in every release bearing their name, but if you miss the volatile thrill of punk rock as it was always meant to be experienced, a track like this one is a real find this July.