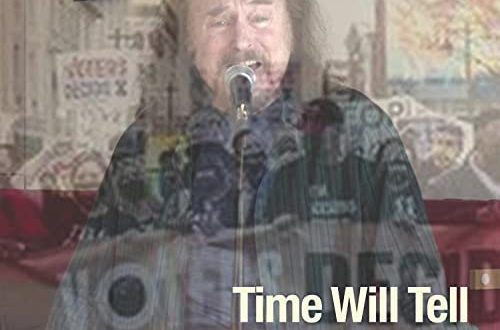 Soul wasn’t always missing in rock n’ roll – in fact, looking back as little as a generation ago will lead you to the fabric of emotionality in heavy music I speak of today. Without being too much of a throwback about it, Bruce Guynn seems more than a little committed to reviving the soulfulness of smooth rock in his new single “Time Will Tell,” and atoning for the lackluster lyricism of previous eras in the genre through politically aware verses that hit where it hurts this season. Guynn might be a newcomer to fame, but in this track, he sounds like an old pro at making pop gold.

There’s confidence behind the vocal here, but the lyrical wit of the verses displays a lot more vulnerability than our singer would initially let on with his tone. When he croons about the discordance he sees all around him in America, you don’t have to have the volume cranked past 10 to feel the passion in his voice and the weight of the issue chipping away at his will. It’s tangible and unguarded, which are two elements that I have had a hard time locating in much of the quarantine-age pop songcraft landing on my desk right now.

I just found out about this California-based singer/songwriter, but even with all of the buzz acts like the lauded San Francisco experimentalists Sandy’s and San Diegans The Color Forty Nine are kicking up in the underground, it’s hard to dismiss the melodicism Bruce Guynn has as a solo player. He’s playing to an audience that hasn’t known a real hero in well over a quarter-century, and my gut tells me that his is a sound that will likely face no difficulty securing that audience and making them his own before the decade has concluded.