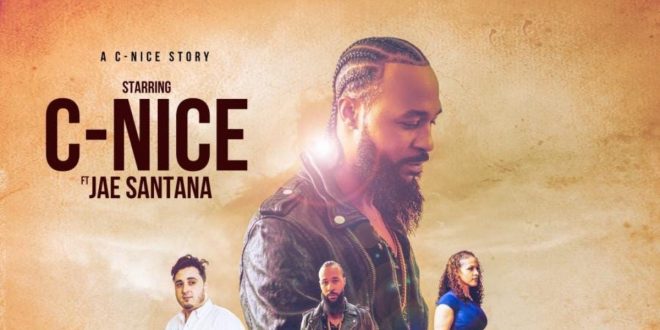 Good hip-hop starts with linguistics, and in his new single “Masterpiece,” C-Nice steps up his poetic game alongside Jae Santana for one of his more intricate works thus far. Although the narrative is straightforward and unburdened by the filler lyrics other hip-hop tracks are known to sport these days, “Masterpiece” is constructed to support two different emotional statements, the more dominant being romance. The other is self-confidence, which is something C-Nice has styled a lot of his content around to date, and when coupled with the aforementioned lustiness, we wind up with a melodic, rhythmic piece of music that is as R&B as it is rap.

C-Nice’s attitude behind the mic backs up these verses elegantly, and while there’s something to be said about a hard-hitting lyrical delivery, the decadence of this track is a gem all on its own. There aren’t nearly as many rappers interested in exploiting the benefits of indulgence as there used to be, but “Masterpiece” doesn’t translate as retro for even one second of its four-minute run time. There’s excess here, and it’s fashioned with a purpose in making us feel the same sensuous vibes we would in a classic funk or R&B cut.

This instrumentation is the bread and butter of the lushness in this single, and I love that C-Nice didn’t go ultra-basic on this end of the recording. A lot of players have adopted the less-is-more mentality in 2021, which is perfectly fine when you aren’t working with the kind of depth this rapper is. Bringing a singer as gifted as Jae Santana into the mix only solidified the demand for a liberal arrangement behind them and gave “Masterpiece” the kind of buzz from the underground this July.

The beat in this track is black and white, but I think that Santana’s vocal harmonies are more than enough to make it a sexy component of the music. A rigid rhythm is all “Masterpiece” needs to gain back some of the shape it sacrifices for overwhelming melodicism on the front end, and because these two vocalists are adept at managing a solid groove, they don’t sound intimidated by the tempo at all – the exact opposite.

If this is on par with what C-Nice is going to be doing ahead of his next LP, 2021 is going to be a big year for his brand. “Masterpiece” and “The Recoup” definitely set a tone that exceeds the standards kept in the making of 2013’s edgy Detour LP, and judging from the passion both of these tracks have featured, I doubt my man is about to slow his momentum for anything. This is a stunning collaboration between C-Nice and Jae Santana that filled a slow jam void I’ve been dealing with all year long, and I hope it isn’t the last track of its kind I hear from these two players.

Previous Indie/Punk My Version of It Celebrates 20 Years In Obscurity With New LP+EP, Terry Funk Cover
Next Josh Christina And Kata Hay Team Up for Benefit Concert 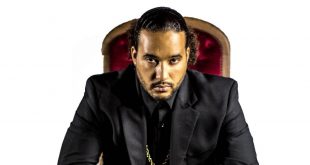