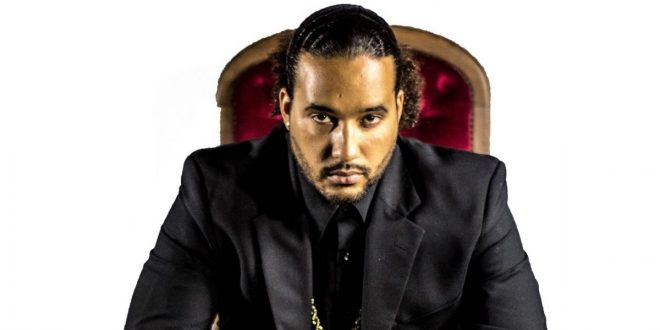 Ominous in presentation and presence alone, the beat is Santa Sallet’s ultimate agent of moodiness in the new single “Ghost – Freestyle,” and inarguably establishes this track as a potential game-changer right from the jump. Instead of creating a groove that circles him like a shark preparing to zero in on its prey, Sallet is the one sounding predatory in this single, spitting rhymes that frame the rhythm of the instruments as opposed to the other way around. For him, clandestine beats and surreal melodic backdrops don’t matter as much as direct, in-your-face texture and tonality do, and while it’s akin to the experimentation I’ve heard in a lot of crossover trip-hop players wanting to get darker in their music lately, the sound of “Ghost – Freestyle” stands on its own nonetheless.

Swagger is the first word that comes to mind when breaking down the lead vocal in this mix, but it’s not laid on so thick as to give the narrative a hue of cockiness best left on the sidelines for a single of this nature. By putting out as much confidence behind his lyrics as possible, Sallet isn’t just illustrating his approach as one of tremendous strength regardless of tempo, but in fact giving us a greater insight into his capabilities as a freestyler untethered to specific trends in the underground. Not one verse in “Ghost – Freestyle” sounds like a pose, and that’s just not something that can be said for a lot of the rival content I’ve been listening to this July.

Producing a juxtaposition of tension and fluidity was clearly of great importance to Santa Sallet when he was creating this masterful new single, and yet there’s scarcely a moment in which he doesn’t sound like the biggest personality in the room. Even when contending with keys and a bassline that develop a vibe all their own inside of the first twenty seconds in this song, the vocal always feels like the most present and physical beast in the track. Without requiring much of a boost from behind the board, this player gives up a performance in “Ghost – Freestyle” that speaks to his durability and inventiveness on stage, and with a return to live concert normalcy seeming to loom on the horizon, the timing of this new release was perfect for its composer.

If freestyle skills can tell us anything about an artist, it’s how much heart they have in the moment as opposed to fresh off a heavy set of rehearsals. Santa Sallet might not have the same name recognition as a lot of the commercially bankrolled rappers cutting through the wall between the indie spotlight and mainstream fame this summer, but he’s acting like someone who deserves more attention than his career has received thus far in “Ghost – Freestyle.” His abilities are front and center in this single, and if elevated to a place of greater accessibility, I think his music is going to start turning a lot of heads both in and outside of his local scene.