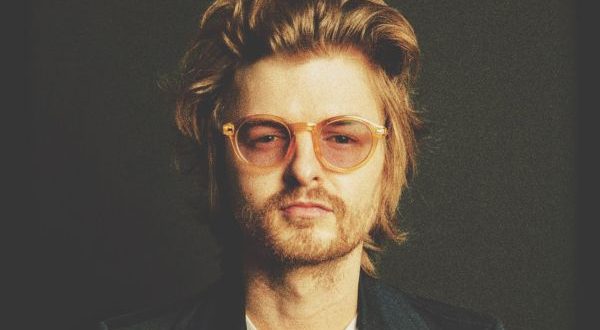 If it’s possible to be both uplifting and cerebral in a single without coming off totally psychedelic in style, Eagle Johnson has figured it out for “One Sun,” one of the star tracks in his new solo album The Last Gun. Although accompanied by nine other songs that speak volumes about his skillset (plus one intriguing segue track as well), “One Sun” is an identity single that reps what its parent LP is all about aesthetically and sonically. Big guitars, simple concepts, and unexplored emotional outlets find a home here, and alternative aficionados are rewarded with one killer record from top to bottom.

There’s a lot of introspective thought in The Last Gun, but it manifests in such a way that never repels listeners with personal commentary so much as it attracts us with relatable observations. You can’t ignore the sardonic lyrical charms of “Can’t Stop Won’t Stop,” “Joey Got a New Job,” and brilliant “Divided Hour,” and no matter how you interpret the tracklist as a complete piece, the overall theme is one of consistent antipathy towards the status quo in contemporary rock. Johnson just doesn’t care about mainstream limits of flamboyancy or indulgence, and his extroverted attitude in this album reflects as much.

The charging guitars we find in songs like “We Are Africa” and the title track in The Last Gun make the whole personality of the record as a whole stand out from the competition, and you needn’t take more than a cursory examination of the popular indie rock output this summer to see what I mean. This is a player who puts a lot of stock in the classic appeal of a potent riff and, perhaps more importantly, the sizzle a good amp can introduce to a mix, and his is sadly a standard I don’t hear enough of in alternative rock on any level anymore.

“Hey Leona,” “Better Comin’ Days,” “Natural Women,” and “Home” make more sense as solo numbers than they ever would beside a typical group of collaborators, as their diverse make-up is worn by Johnson so flawlessly in this singular setting. He’s pushing a lot of experimentation in our direction, but because of the continuity his overwhelming presence creates from one song to the next, everything sounds like it belongs here, presented in one package as opposed to scattered across a slew of different releases.

Eagle Johnson is a rock singer/songwriter of the greatest tradition the genre has ever known, and if this narrative was shaky for any critics out there ahead of The Last Gun, it shouldn’t be upon its release this month. It’s definitely made me envious of those who have been following his development since day one, but at this juncture of his career, I think he’s onto something really groundbreaking and worthy of international attention. There aren’t many players left like Johnson, but those who are should take note of the threat his one-of-a-kind style is going to present towards anyone failing to pull their weight in the studio from here on out.