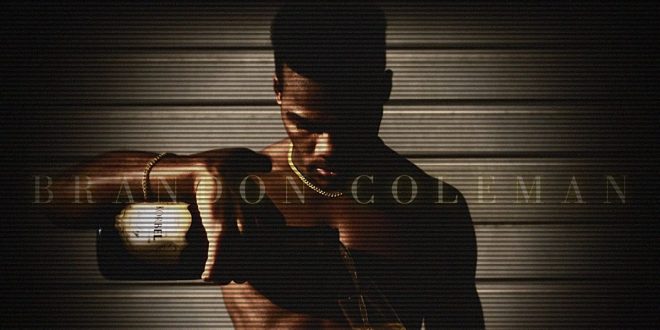 It’s been feeling like everyone wants to make a throwback album this summer, but few players trying to capture old-school energy have been able to get much further than the cosmetic aspect. Making something that conceptualizes the mood of new jack swing and crossover R&B pop isn’t as simple as it might sound on paper, but if there’s a record that would make it seem relatively easy, it’s Brandon Coleman’s Champagne. Running just under thirty minutes, Champagne is a truly compact affair, but over ten tracks it manages to somehow summarize an ideal balance between old and new so many of Coleman’s peers have struggled to strike on their own.

Melodicism is always a priority in this LP, and in the case of songs like “Toxic (ft. Qskii),” the progressive “This Is What I Meant // Intro,” and “Like You (ft. Cam James),” it’s a communicator equivalent to the lyrics. There’s a hint of surreal trap following Coleman’s verses in these tracks, akin to some of the more recent experimentations I’ve heard from Trippie Redd and YoungBoy NBA in particular, but it’s not overstated in the vaporwave-style you’ll find a lot of in the American underground in 2021.

There’s an abundance of new jack swing and ‘90s boyband-inspired harmonies in “Swervin’ (ft. Vibe Tyson)” and the surprisingly spellbinding “B.A.B.Y,” and while Coleman is wearing his influences on his sleeve here, he isn’t translating as a hip-hop Tarantino by any means.

Brandon Coleman assembled a terrific collection of songs for this LP, and the fluidity of the material aside, I think the ballads “One More Time” and “Shawty” are probably the two most complete works here. Noticeably absent are any featured guests in these tracks, as when my man is getting personal with the mic, he doesn’t want anyone or anything to come between his message and the listeners he’s sending it to. I love his intimate side, and when partnered with the postmodern elements in his sound, it could make for a deadly – and highly profitable – pop cocktail.

Champagne is an enrapturing effort from a profoundly talented singer, songwriter, and producer in Brandon Coleman who stands to elevate his presence in the underground tremendously with this latest release. His seventh overall LP, following a pair in 2020 – Messages and Remember, this ten-song record is a difficult disc to put down if you’re a fan of thought-provoking (and genre-bending) R&B and hip-hop alike. It reintroduces Coleman to his longtime listeners and gives newcomers a reason to keep a close eye on his output in the future, but most of all, Champagne raises the bar for both its creator and the scene that produced him moving forward.

Previous Independent Record Label From New Zealand Ready To Take Its Roster Onto The Global Stage
Next LOVE THE HATE New Single, “Solid Ground,” Out NOW!