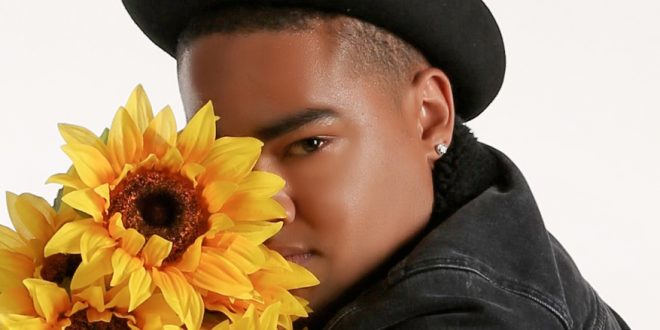 After a seven-year break from making music, Calabasas-based musician Mitchell Royèl is back with a new record titled ART OF WAR. His screamo-infused hip-hop single is now available on major platforms, drawing a lot of inspiration from hip-hop and metal artists.

The song has received an outpouring of praise from friends and fans who thrilled to hear about Royel’s return to music. But nobody is happier and more excited about it than Mitchell Royèl himself.

Supporters and fans are happy to learn that Royel’s seven year retirement was simply a hiatus. Even though ‘ART OF WAR’ did not come with any prior announcements, the single track is a shocking gift for listeners who have not heard him since his last song Pretty Faces was released in 2014 and generated millions of views on YouTube.

Listening to the spastic noise created by Mitchell, it is difficult to imagine how hip-hop infused metal could work but knowing how good this artist is at matching any genre thrown his way, it makes sense.

The highly technical chaos of Mitchell is on full display on Art of War while amp-ing his loose lyrical flow to match the heavy instrumentals. The sound samples and production offer the song an unsettling tone, which matches the rap element perfectly while still keeping a hefty style.

When asked how excited he is to be making music again after a long seven years, Mitchell said in a statement, “This song is a return to form for me. To be honest, I consider it as a culmination of all the things I have learned spiritually, mentally, and technically. And most important, it is a song that strictly for fans of hip-hop and metal music. It is a song I have been planning for years and what I believe to be the perfect comeback song,” he added.

Apart from releasing his newest single, Mitchell is also excited to launch his own record label, The Star Camp Agency. “I believe in investing my success back to the local community. I released my new song on my new label, The Star Camp Agency. I’ve always dreamt of being able release music independently. My label will be about collaborative works with local artists. There’s much-untapped talent in the world, and I like to walk into the footsteps of the unique excellence of my predecessors.”

As an entrepreneur, artist, and label manager, Mitchell Royèl made it his goal to mentor young musicians, partnering with them and their teams from the ground up, making multi-genre-focused releases, and executing marketing and business strategies to guarantee fruitful releases under his new label.

ART OF WAR was produced by up-and-coming Alabama-based producer Elijah Syx and is now available to stream on all platforms. The music video is available on Royel’s Official YouTube channel.

Stephen Vicino is the founder of MusicExistence.com. He created this site to give talented musicians a voice and a way to be discovered.
@@svicino
Previous Interview With H.I.M. Woof
Next Meshauwn Releases Her “Big Me$h” EP