Home / Article / Songs Genres to Add to Your Gym Playlist 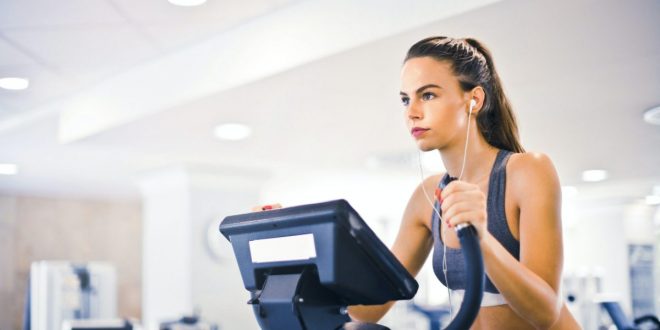 Songs Genres to Add to Your Gym Playlist

As the world begins to get a grip on the global pandemic, gyms can begin welcoming back their loyal customers. For anyone who loves fitness and exercise, it’s an extremely exciting time. No more home workouts or going for walks around the same area everyday. Although you might have to drop the weight on some of your dumbbells, you’ll be back to your old self in no time.

An important element for any gym goer is their gym playlist. Some will avail of some pre-made options by music platforms such as Spotify and Apple Music. Although, some people prefer having their playlist a little more tailored. In that case, they have to take the reins and start to add tracks. A good playlist can be the difference in getting in those last few reps, so it’s worth spending time on. If you’re not a seasoned playlist maker, you may find it difficult to make a great gym playlist. After all, it’s hard to be in the same mindset at home as it is when you’re in the gym. So you really have to think, what would I want to hear when I’m working out? Although everyone is different, there are certainly a few genres that cover some bases.

Rock has been one of the most popular genres since it first emerged. It has withstood the test of time and still remains incredibly popular. The genre was really escalated by iconic bands such as Guns’ N’ Roses, Metallica, and AC/DC. Nowadays, it’s modern rock bands such as Imagine Dragons, Kasabian, and Linkin Park who keep the rock fire burning.

Rock music is fantastic for getting motivated in the gym, but earlier rock songs are also perfect for the gym, too, especially if you’re looking for something that isn’t as high octane, such as something from Buddy Holly, Chuck Berry, and of course, Elvis Presley. In fact, for many, Elvis is considered the king of rock and roll and inspired so much in pop culture, such as outfits, other music, and even casino games via Unibet. The game captures the excitement and intensity of the performer and could be a great way to relax after a tough gym session.

There are plenty of iconic rock songs that will get you up and moving in the gym, so it’s definitely worth adding some.

Rap is a genre that has grown massively in popularity in recent years. Although the genre has always been popular thanks to the likes of Tupac and Eminem, recent stars of the genre see it as potentially the most popular music style today. Many great rap songs will have a good solid beat, as well as some inspiring lyrics to keep you motivated in the gym.

Nothing quite says energy like EDM. Electronic dance music was quite literally designed to get you off your feet. Although you may not be in the club, you can still certainly reap the benefits of EDM. Producers and DJs such as Tiesto, Avicii, and Martin Garrix have really elevated the genre and made it very popular in the mainstream. DJs also tend to release new music more frequently than artists in other genres, meaning you’ll always have a fresh library.

Stephen Vicino is the founder of MusicExistence.com. He created this site to give talented musicians a voice and a way to be discovered.
@@svicino
Previous Nashville Radio To Feature Matt Westin’s Police Tribute “Thin Blue Line”
Next Saving Abel reunite with original lead singer Jared Weeks