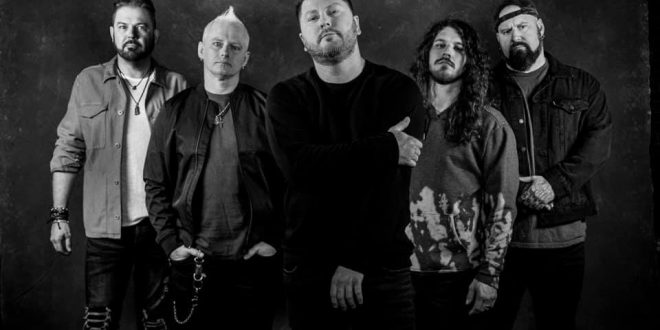 Southern hard rock outfit Saving Abel announced yesterday that they plan to reunite with the band’s original lead singer, Jared Weeks. Weeks left the band in 2013 to pursue a solo career but was on the mic during the group’s most commercially successful time period. Saving Abel’s self-titled debut album was certified gold in 2009 and featured the platinum-selling single “Addicted” which made it all the way up to No. 20 on the Billboard 200 in 2008. Their sophomore album Miss America peaked at No.1 on the US Hard Rock charts.

Weeks and lead guitarist Jason Null originally formed Saving Abel in Corinth, Mississippi in 2005 and would end up signing a record deal with Virgin Records in 2008. Speaking about the reunion, Weeks said: “The sky is the limited for us right now, we already made the mistakes and poor decisions. Now we get to do it our way, with a little more clear-headedness and a lot more guitar solos.”

Saving Abel’s first act as a newly reunited band will be releasing a six-song EP, titled Shade of Grace – Twenty Year Songs. The title is a nod to the band’s original moniker when they first formed back in 2005, revisits the earliest tracks written by co-founders Weeks and guitarist Jason Null.

Previous Songs Genres to Add to Your Gym Playlist
Next Interview: Meet 44phantom, the Newest Addition to the Grunge-Pop Phenomenon