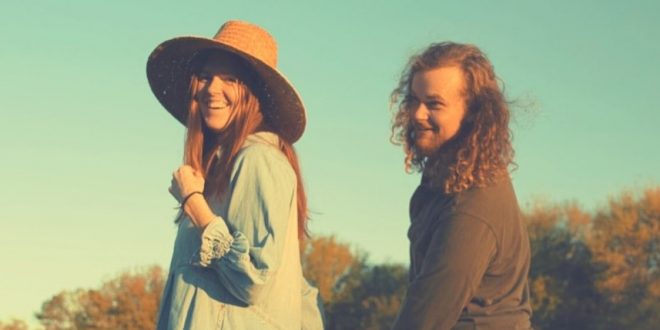 With a harmony that could be celebrated from their home state of Alabama to the rocky shores of Maine and sunny beaches of California the same, Webster’s Wheel hit us with the most affectionate of melodic showings their new album Milk & Grass includes in the song “Love Ye One Another.” The political trappings of the lyricism are sterling and unapologetic, but they’re bound together by an instrumental tightness that reminds us of the community America really is no matter how big in population we become. A stoking of the fiery divisions that a latter-2010s era red, white and blue came saturated with isn’t present in these verses, but instead the virtuous compositional integrities of a folk genre belonging to all of us who call this country home.

The communal theme of the poetry behind “Love Ye One Another” is a common one in Milk & Grass, touched on in various doses with the tracks “People Around,” “Dogs Don’t Cry,” “Over There the Wind Blows” and “Hollow Hands.” With the seamless interplay these two players who make up Webster’s Wheel highlight in their performances here, the feeling of togetherness was bound to influence how we interpreted all of the narratives in this album, as well as the motivations they had for making it in the first place. Comparative to some of the other content the country and folk acts trending underground have been cutting this year, there’s a lot less of an elaborate foundation to this material – not to mention a more clean-cut arrangement of both lyrics and instrumentation alike.

Even the absence of percussion in “Growin’,” the title track, “Swooned Up,” and “Country Peepers” doesn’t sully the part rhythm has to play in this LP; truth be told, I think it gives us a closer look at another attribute Webster’s Wheel have going for them. Without having to bring in as much as a drum beat, they’re still able to cultivate a really groove-heavy album in Milk & Grass that makes me want to move along with the music just about every time I listen to one of its ten original songs. It’s admittedly something you have to master if you’re going to gain legendary status as a folk group, but not something you see every day among the genre’s up and coming stars regardless.

Fans of American folk music are going to find Milk & Grass to be quite the treasured studio LP this summer season, and it’s entirely because of the organic qualities its creators constructed each of its songs with. Webster’s Wheel don’t pretend to be the most inventive band in their scene, but that lack of arrogance seems to be inspiring a lot of off-the-cuff charisma I don’t get a lot of us as a music critic who follows the mainstream as much as I do the independent front. They’re representing the Alabama sound as it was always meant to be enjoyed marvelously, and if you’re not already a believer in their work, Milk & Grass will likely turn you into one.