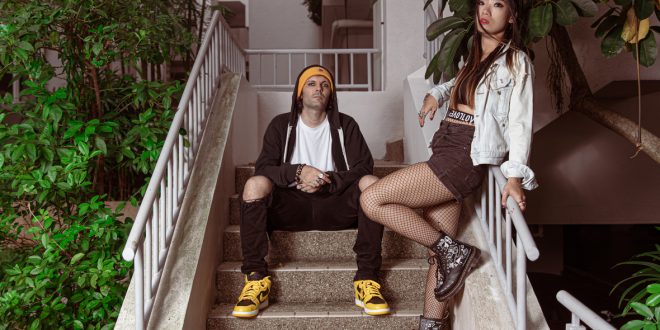 WAVEBOMB are back with their newest single, “California Gun.” The Singapore garage rock duo has made a name for themselves by specializing in passionate guitar-based alternative rock which balances punk artfulness with lo-fi sensibility, and “California Gun” is no exception. The track, produced by Ayumu Matsuo at Studio la Vache, France and mastered by Brian Lucey at Magic Garden Mastering in L.A., is a flat out rocker, brimming with energy.

Lyrically “California Gun” is a song about America’s obsession with gun violence. “The idea of the song came after realizing how common it has become to live in fear of a mass shooting, to the point where even Californian kids are educated to hide for their lives if the word « lockdown » comes out of the school speakers,” says guitarist/vocalist Anthony Cauvin. “Life is already too short and complicated, why do we make it worse by creating and distributing weapons and drugs, the things that will ultimately destroy us?”

The track addresses the serious topic in a light and accessible way, representing the “Califonia Gun” as an inaccessible girl, one you would be better off staying away from. “This single is about feeling lost and powerless in life, and the risks of engaging in illicit activities that can come with it,” says Cauvin. “It’s a rallying cry for anyone who feels stuck and like they can’t break out of this destructive cycle, to let them know that there will always be an escape. You always have a choice to change the path you are on.”

WAVEBOMB have also dropped an accompanying music video for “California Gun.” The cinematic, film quality video was directed by Sebastien Teissier, and features the members of WAVEBOMB cruising the streets of Singapore on motorcycles and performing. You can watch the video below.

WAVEBOMB has toured Indonesia and made it to the final of Vans Musicians Wanted in Singapore. Their debut single ‘Facing Waves’ saw them being picked up by Alternative Press as ‘New artists you need to hear’ and made Spotify’s Editorial Playlist Alternative Noise. 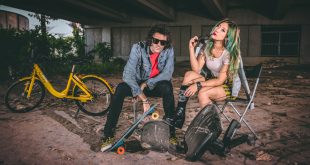