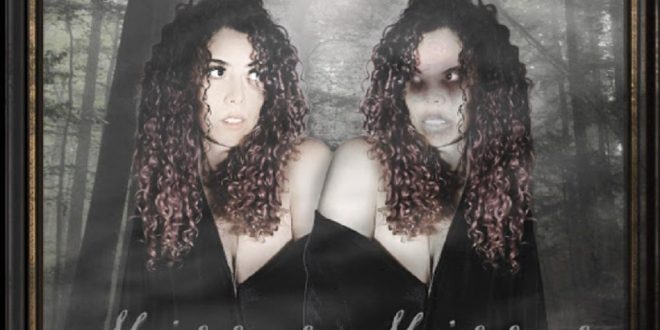 Emulating a hurried heartbeat that carries more emotional weight than a single strand of lyrics ever could on its own, the rhythmic pulse of “Mirror Mirror” by Morgan King reaches through the speakers and demands a reaction out of us right out of the gate. There’s a capriciousness to the tempo that seems to entice us closer with every passing moment, and although it verges of menacing on more than one occasion, it never becomes so funereal as to darken the melodic wit of King’s voice soon to overtake the track. Her vocal is the true star of this initially ominous piece, and despite her choosing a rather difficult composition to debut her sound with, I think it demonstrates her skillset as a performer all the more gloriously.

King’s lyrical content describes a raw desperation for self-acceptance, and while married to the suspenseful stride of the percussion in the background, its cathartic underpinnings aren’t lost in the contrast at all. Contrarily, I think juxtaposition is more of a best friend to this player’s style of execution than it is a challenge for her to overcome, mostly because it allows for her to spotlight a rare poetic duality more human than the typical pop model can compete with. There is no artificiality backing up this hook, nor does the emotion in her statements come riddled with forced poeticisms and metaphors we’ve heard in other tracks this summer. Her methods might be a bit technical, but the wry qualities they introduce to this narrative make the music more familiar and accessible to the casual listener.

I’d really love to hear King belt this chorus out live on stage, primarily because I feel like she’s intentionally holding back from us in the studio version of “Mirror Mirror.” There’s a deliberate hesitancy in her vocal here that she sports with a fetching swagger,  and instead of this creating more volatility, it adds to the sophisticated (though highly insular) vibe we started with in the song’s opening bars. Beneath all of the implied anguish, there’s a hedonism existing within our lyrical protagonist just waiting to come bursting out of its shell, perhaps speaking to a collective uncertainty around contemporary life in a post-pandemic world as much as it is something far more personal and intimate.

Morgan King presents a surprisingly sharp debut in “Mirror Mirror” that isn’t to be ignored this July. Her songwriting style gives this single the authenticity it features so liberally. It takes a gutsy player to produce something equally literate and wistful without relying on gothic or stoically minimalist aesthetics alone, and for being a completely fresh face on the international alternative circuit, Morgan King doesn’t sound intimidated by the task before her here at all. She’s got the tenacity and tunefulness to make a big splash in what’s already becoming quite the provocative generation of young pop songwriters, and “Mirror Mirror” illustrates this quite flawlessly.