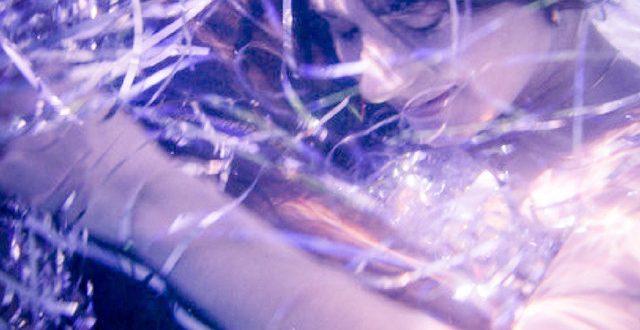 Single Review: Izzy Outerspace “Throw Me Into The Pool”

Greeting us with a bright, almost meditative strumming of electric guitar strings, there is instantly a feeling of familiarity in the opening bars of “Throw Me into the Pool” by Izzy Outerspace that asks for us to welcome the material into our hearts right off the bat. This feeling just gets stronger as we press along in the song, the strings getting some tonal support that only adds to their regal quality. Izzy Outerspace starts to sing, but her emotions are muted by the stoic nature of her verse; for it is not what she describes that we’re to focus on here, but the actual way she’s going about presenting it to the audience. Establishing context is important in pop songwriting, but in this case, it’s the cornerstone of an entire performance.

The music video for “Throw Me into the Pool” debates on-screen tensions with an unspoken restlessness in our protagonist that seems to bring elements of the soundtrack we had never before noticed into the fold. There’s a way to read the lyrics here as juxtaposed with what is being implied in the visuals, but I don’t think we were intended to look at this release for the multiple meanings it could have. Izzy Outerspace is deliberately giving us something that relates as much to introspection as it does judgement in this component of the track, and making it rather difficult for even discriminating music journalists to accuse her of being one-dimensional or even slightly single-threaded as a composer and conceptualizer.

“Throw Me into the Pool” features a relationship between artist and instrumentation that occasionally verges on toxicity when we witness firsthand just how pressurized Izzy Outerspace’s singing can become when she’s faced with such a potent, minimalistic melody – but again, I think this was part of her game plan all along. There’s nowhere for her to escape from the audience in this piece quite literally, and by simulating a suffocating emotional experience through the very construction of the music in this song, we’re given access to a poetic statement that simply isn’t tangible when offered up in a synthesized, pop-centric performance. This is why intellectually stimulating musicians like her are trending as well as they are in 2021, and I won’t be the lone critic to say so.

I’ve been listening to Izzy Outerspace since last year, and I am continually intrigued by what she decides to put out. “Throw Me into the Pool” isn’t a wildly different sound from what I heard in Amazon – a full-length album you need on your shelf if you’re an alternative music fanatic – but it feels meant to further solidify the potentials of that record inside of a multifaceted single and video. In this respect, Izzy Outerspace raised the bar for a lot of her peers currently trying to break out of the underground circuit this summer, and really anyone who has been vying for a share of the college radio spotlight in recent years. She earns her buzz here, and I think you’re going to agree.

Tags izzy outerspace single review throw me into the pool