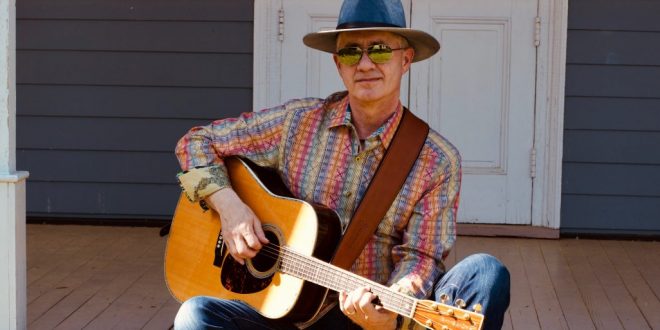 When Dave Vargo cuts a single, you can count on a couple of elements to be present in the material; first and foremost of these being his trademark climactic chorus. Vargo starts off nice and easy per the standard for his songwriting style in his new piece “Half Bad” but doesn’t hold back from modulating his tempo to rev up the tension right when we’re not expecting him to, allowing for his lead-in to the chorus to feel like the rocky road into the future all of us have to drive whether we’re prepared to or not. It’s introspective and provocative both melodically and lyrically, and for fans like myself, it’s exactly what I expect when I listen to this man’s fine new music.

As much as I love the compositional technique Vargo has built his reputation around in the past two years, there’s no denying how potent a place his vocal has in any performance he gives – “Half Bad” included. When he’s belting out the verses here, he’s got a confidence in his voice that goes against the uncertainty of his harmonies every time, seemingly just to undo whatever negative seeds they might be sewing (under his direction, ironically enough). If it’s immersive storytelling you want, this might be the best go-to singer/songwriter in the industry today.

“Half Bad” alternates electric and acoustic guitar parts liberally, the growl of the former displacing the humble strut of the latter just enough to give distinction to their independent contributions, but neither are in any way dispensable to the narrative in this song. Dave Vargo has yet to weigh any of his work down with the laughable synthesized lusts a lot of his contemporaries would use – even sparingly – to achieve a similar result he gets with his organic musicality, and personally, I hope this never changes about his brand.

Whether you’re a heartland rocker looking for a hot summer fix or just a sucker for alternative Americana done the right way, Dave Vargo’s “Half Bad” is a single you need to listen to this June. There hasn’t been this much talk about the roots-rock movement in the U.S. since the ‘80s, and as long as players like this one continue to make some of the most captivating frills-free content we’ve seen in two generations, that talk is only going to keep swelling until both mainstream and indie fans alike know Vargo’s name.