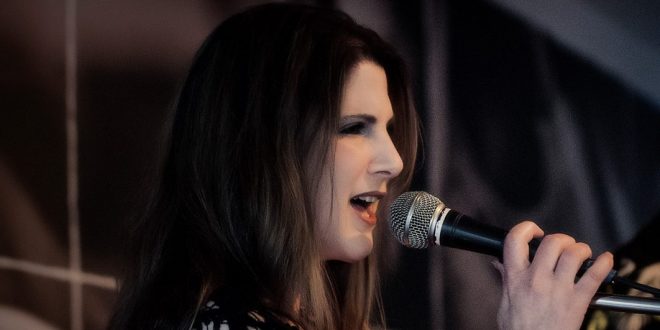 The country genre has never been a genre desperate for content, with it historically being one of the more popular genres out there with one of the more consistently devoted fanbases, but there’s a considerable weight to the number of men in country music that overshadow the hard-working women doing the genre just as proud, if not prouder. In recent years, there’s been a good deal done to question what truly constitutes country music as a genre, with trailblazing Gen-Z rapper-turned-country-star Lil Nas X teaming with Billy Ray Cyrus on the mega-hit “Old Town Road,” but even then, where were the ladies? Corinne Cook’s new single “Blah Blah Blah” is a song that feels as universal in its lyricism as it does in its absolute need to exist, with its endlessly fun lyrics and melody bringing a new perspective to the country genre, redefining it yet again.

“Blah Blah Blah” begins with an upbeat, albeit fairly typical, country song introduction. However, the notable inclusion of a baritone saxophone adds a new voice to the otherwise usual suspects of guitar, drums, and keys and its low tones complement Cook’s high-pitched melody well. The first verse sets the table for listeners as Cook describes a typical date night out with her partner, and the song takes a humorous turn when the partner’s friend slides into the booth and hijacks the conversation (and date night as a whole.)

Cook plays with the notion of what men consider small talk, using the topics to fill a chorus — the tongue-in-cheek lyrics are playful and go well with the overall aesthetic that Cook brings to the table, harkening back to countless other “boys versus girls” country tracks but turning the topic on its head with a gender-swapped approach and pop undertones. The song even almost feels entirely pop, coming out in a post-folk-rock world where the genre overtook the airwaves for a good while, and the song’s gender politics never feel bitter or mean-spirited which is ultimately pretty refreshing in the current political landscape. The overall attitude never loses its jovial stride and Cook seems to be grinning the entire way.

The attention to vocal performances is something Cook brings with her, too; there’s a gleeful air of performance with her voice acting about two minutes into the track as she plays up the exasperated drunk partner who just wants to go home, completely bored at the function until she gets a mischievous gleam in her eye and joins in on the boy talk fun. Corinne Cook’s structured songwriting delivers a great single with “Blah Blah Blah,” keeping fun at the forefront of the song’s focus. The longevity of the song’s place in Cook’s musical portfolio is yet to be seen but the hope that Corinne Cook gives fans an album full of fun, country-pop party hits like “Blah Blah Blah” is an enticing prospect… wherever her artistic endeavors take her, fans of her past works and future hits will undoubtedly find entertainment of all kinds within her discography.