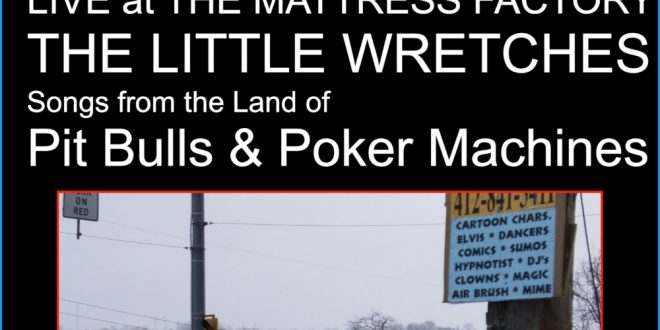 Live At The Mattress Factory – Songs From The Land Of Pit Bulls & Poker Machines” is out now. It follows their 2020 album, “Undesirables and Anarchists.

“I really want listeners to be drawn to the detailed lyrics (about) the lives of people in post-industrial river towns, turning the folklore of Joe Magarac on its head, to portray REAL life…””— Robert Wagner of Little Wretches

Following the international success of their 2020 album release, “Undesirables and Anarchists,” The Little Wretches’ frontman Robert Wagner will release a live, acoustic album. ‘LIVE AT THE MATTRESS FACTORY – SONGS FROM THE LAND OF PIT BULLS & POKER MACHINES is set to be released this July, with three previously unreleased bonus tracks. The original, acoustic set was recorded amongst an intimate gathering of friends and fans, as a way to showcase what Wagner’s solo shows are all about—audience interaction and connection.

“I really want listeners to be drawn to the detailed lyrics and the themes of the songs,” says Wagner. “How they evoke the lives of people in post-industrial river towns, turning the folklore of Joe Magarac on its head, to portray REAL life in a working-class ghetto, honoring the faithful resilience of people tough enough to survive in such locales.”

For the recording, Robert was joined by Dave Maund, an extremely skilled and dexterous cellist, who had played with the Little Wretches in the past.

The Little Wretches have also just released the official lyric video for “Who Is America” from their “Undesirables & Anarchists” album.
https://www.youtube.com/watch?v=7rxGYr1XD60

ABOUT ROBERT WAGNER/LITTLE WRETCHES: The Little Wretches earned their stripes during the indie heyday of the 80s and 90s in Pittsburgh. In 2020, frontman Robert Wagner issued two new albums, including “Undesirables And Anarchists,” which featured a #1 international iTunes chart hit and received airplay on more than 100 AM/FM stations across North America. Wagner continues to perform at coffeehouses and small clubs. A Master’s Degree holder, Wagner also counsels abused, neglected, traumatized and court-adjudicated youth. He is the co-founder of The Calliope Acoustic Open Stage, an event that has lasted 15+ years. Wagner is also a long-term cancer survivor. www.littlewretches.com 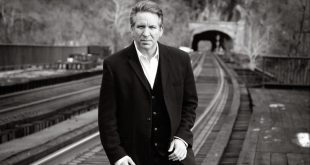 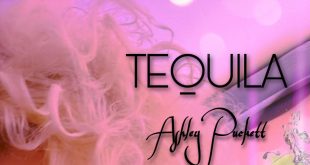 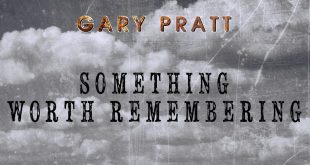