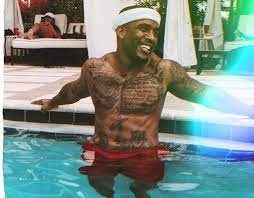 There’s no overstating how hard indie players are willing to work just to get back a sliver of the momentum 2020 robbed of the underground, and iHateJulian isn’t wasting any time getting right into the guts of a stacked summer schedule with the release of two new singles in “Come Wit It” and “Nice to Meet You” that comprise everything fans will require for a picture-perfect snapshot of where his artistry is at today. Both tracks highlight the talents of a rapper who has spent the better part of his life refining skills a lot of the competition could only wish they have, but beyond this, they feel like a return to normalcy too long overdue for all of us.

The music video for “Nice to Meet You” is more multi-interpretive than “Come Wit It” is in terms of its broadminded visual concept, but it doesn’t stray too far from the beaten path in terms of distracting us from the real mission here – giving us a complete look at the composition. There’s more confidence in his narrative of this single, but when it’s paired up with the surprisingly humble images making up the video, it doesn’t translate as harshly as you might initially expect it to. It’s all heart in this one, as opposed to the brawniness of its counterpart.

“Come Wit It” sports a terrific video, but let’s face it; this song is itching for you to crank it up on some high-quality speakers in the name of getting down its bassline. iHateJulian takes his foot off the gas lyrically here just so he can let the bass-powered beat sting us a little more than it needed to by typical pop music standards, and in the big picture, I think his performance in this release shows off more compositional and aesthetical maturity than it does any other part of his personality.

Hip-hop’s most exciting moves are being made on the underground level, and artists like iHateJulian are all you need to be listening to for this to become an undebatable fact. Without abandoning the beacons of accessibility necessary to cultivate a following no matter the genre of music we’re talking about, iHateJulian gives us a fair sampling of his rebelliousness as a composer and performer in “Come Wit It” and “Nice to Meet You” that can only get better with time, but to me, it’s already at a stage where widespread acclaim from discerning rap aficionados should be likely be anticipated.