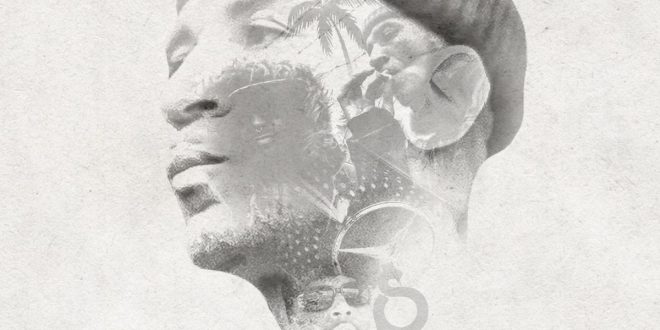 Psychedelic rock and hip-hop have a relationship that has always been close, but when listening to the music of an artist like Keary Kase, the aesthetically familial ties between the two styles are all the more obvious to listeners from one verse to the next. Kase’s new single “Remember the Time” isn’t necessarily a complete retrospective due to the spacey self-awareness of the context in which we find its lyrics, and make no mistake about it – this context is one steeped in the intersectionality of modern psychedelia and rap at its most rhythm-based and freeform by design.

If you’re setting out to record something cerebral in 2021, getting the mix right is half the battle; this, however, doesn’t appear to be true of “Remember the Time” that is, as the seamlessness of the arrangement is preserved from behind the board rather elegantly. The clarity of the instrumental trappings in this single could ironically be one of the most surreal aspects of the song, being that the lyrical content winds up being all the more abstract by comparison (in the grander scheme of things). Contrast is evidence of eminence in this situation, and you don’t have to be a music critic to acknowledge that here.

The guitar parts in “Remember the Time” are rather swarthy, countering the sleekness of the vocal component in an all too perfect manner for us to trust the fragility of their dynamic. As we press further in the track, their exchange invites animosity into the tempo and reinforces tension we don’t even recognize until reaching the second half of the song. It’s as if Kase is revealing things to us that are right in front of our face the whole time in this performance, only obscured by the melodic gift-wrap tethering an artist to his audience.

Keary Kase’s relaxed delivery is stable and remains unchanged throughout the whole of this single, even when the bassline is giving the rhythm a restrictive part to play close to the climax of the track. The greatest treat “Remember the Time” offers is its longhand examination of what this singer and songwriter can do in a pressure-ridden setting, and for what I look for in a melodic hip-hop experience, he really couldn’t have lived up to the vision I had in my head any better. There’s a Lil Mosey-style postmodernity to this sound, but it’s more up-front and confrontational in construction, leading me to wonder what provocative evolution might await its designer in a future recording session.

It’s easy for me to see serious rap fans geeking out over the potential that someone like Keary Kase has as a studio experimentalist, but if even a fraction of the charming persona he’s giving up in this piece can be replicated in a live concert, we definitely might be looking at a breakout mainstream player here. I like what this composition demonstrates for his artistry, and while I think he can still push himself as a songwriter a little more than he has to date, there’s nothing here to say he won’t in his next major release.