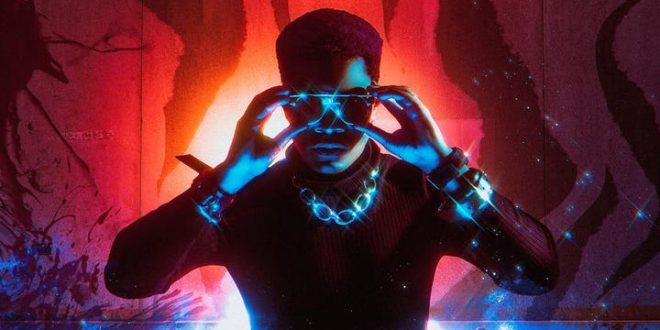 If there’s a city that feels like the true center of all pop culture and humanity, it’s Tokyo. Unlike any other metropolis in the world, the identity of Japan’s largest city captivates no matter what the setting it’s been placed before, but in the new video for OneTwenty’s single “Tora Tora,” it gets a run for its money from one of the brightest young voices I’ve heard in progressive R&B over the past two years. OneTwenty gets a helping hand from producer Kameron Davell is setting the mood up just the way we need it, but all in all, his vocal is the true star of this glitzy, big-city spectacle.

The cosmopolitan beat feels so much more clandestine than it would have with another singer in the booth, and this speaks directly to the knack OneTwenty has for illustrating vulnerability so literally in his music. He softens even the hardest of blows in this mix with nothing more than the velvety tone of his vocal, which isn’t exactly something that I expect to come across in a contemporary underground player these days (or anywhere else, for that matter). This is his stage, his arena, and he isn’t about to let us forget it for anything.

There are definitely some noticeable post-punk influences in the cosmetic structure of “Tora Tora” that are essentially extra-emphasized by Davell in the video for the song, which doesn’t shy away from incorporating cyber aesthetics born directly of a classic new wave model. OneTwenty knows that in order to make the most of his powerful singing skills, he can’t limit himself to the parameters of status quo-level R&B in his composing, and this is a scenario in which he was matched up with the perfect producer to highlight qualities in his sound we might not have noticed otherwise.

I absolutely love the friction between the bass and the percussion in this track, and not just for the wonderful facet of discord it affords the rhythm in all the right moments here. Truth be told, the bottom-end of “Tora Tora” needed a little danger to prevent the vocal harmony from getting too surreal by the time we hit the halfway point in the song, which would have marginalized the effort OneTwenty is putting in entirely (not to mention shoved this release into the growing pile of fair but forgettable surreal pop to debut out of the underground this year).

OneTwenty seems primed for a mainstream takeover right now, and if you’re skeptical of this statement, you need to get into “Tora Tora” before the day is done. His charisma here isn’t created out of his lust for the lyrics alone; he’s just a fearlessly loveable force in this performance, constantly drawing us closer with his fragility while exerting a thrust behind the groove that could make anyone excited about the reopening of nightclubs around the world this summer. I want more material like this in the future, and with the momentum “Tora Tora” stands to generate for its creator, I might get what I’m asking for sooner than later.

Previous Dolleesi Shows She Is A Star On The Rise With “Escape”
Next Single Review: Jen Fodor “Front Row”