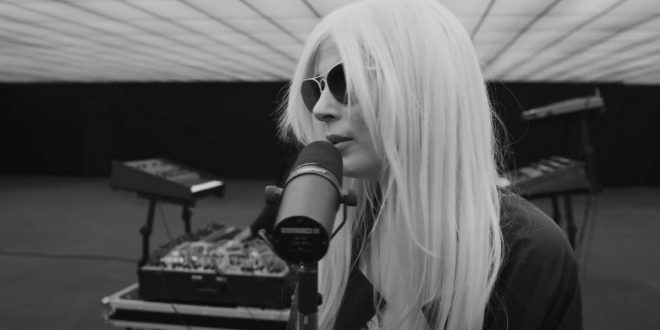 Powerhouse artists, no matter the genre or the level from which they’re jumping off, shake off labels like they’re bad karma – for anyone who really cares about their critical credibility knows that wearing the badge of a scene or genre can only restrict creative capacities further down the line. PIERA is a player who isn’t even considering the notion of tethering her sound to some underground beat in a song like “Cosmic Reaction;” she’s bending the space between psychedelic rock, electronic pop, and ambient music to forge somewhere for her one of a kind aesthetics to call their own, and to me, she couldn’t have made a more impressive statement with her work here if she tried.

The video for “Cosmic Reaction” is a visual embodiment of the instrumental clatter that makes up every profound movement within the music, but it doesn’t devolve into a college-level art project by the time we’re getting into the guts of the song. There’s an underlying emotionality to each frame that evolves as we watch on, and as we get closer to the conclusion, an ominous feeling begins to overtake the visuals and influence the lyrical narrative in a way we wouldn’t have known about with seeing the music video. It’s as layered as the composition, and worth a watch regardless of your taste in indie rock.

Although at times a bit retro cosmetically, the compositional pillars PIERA is utilizing in “Cosmic Reaction” are modern and quite an alternative to what the mainstream pop scene would normally encourage. I don’t know that she’s trying to frame her verses with abstract componentry on purpose or not, but in either case, it winds up making the bigger moments in the track feel just a touch more experimental. There’s no calling her a sell-out, especially looking at the unique, and mad scientist way she built this performance.

Mind-bending and melodic in all the right spots, “Cosmic Reaction” is my favorite song by PIERA and reason enough for listeners who give it a chance to explore the rest of her self-titled debut album as well. The cerebral facets of this piece aside, there’s just so much emotional depth to every part of the music in this release that I don’t think a hundred spins on the record player would be enough to fully understand everything it brings to the table. PIERA is a brilliant artist, and you can’t argue with that after listening to her level of talent in this release.

Previous LOVE THE HATE Release Official Music Video for Upcoming Single, “Solid Ground”!
Next Single Review: The Dead Daisies “Like No Other”