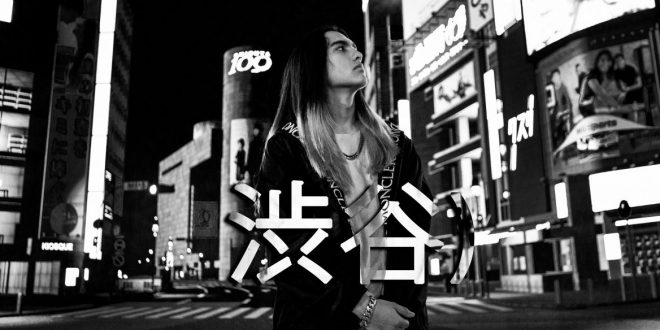 There’s something extraordinarily soft and approachable about the way DICI lays into the opening verses of his new single “Five Rings,” and from my perspective, it all starts and ends with the vocal harmony he conjures up. He’s got such a natural relationship with the rhythm of the instruments in this song, so much unfiltered charm bleeding into the verses he’s singing, that when he starts to rap in the main guts of the track the transition from melodic to textural in tone is barely noticeable. Everything about this young man’s sound revolves around feeding into a seamlessness I never hear in the mainstream anymore, and no matter what you brand his genre of music, he’s a must-listen indie player if I’ve ever heard one before.

The keys we hear in the intro are as essential to creating a palatable opening as the vocal is, if not a bit more for one significant reason – they contrast with everything we’re going to get out of the beat in the minutes that follow. There’s a deceptiveness to the simplistic setup the piano-born melody offers in “Five Rings” that verges on ominousness when taken into account with the other elements of this single, but this seems entirely deliberate on DICI’s part. He wants us to travel through a few layers of emotion to reach the core of this narrative, as would be the case in living a day in his life or anyone else’s outside of our own. Dreamy might not be doing it justice; truth be told, this is very surreal in style.

Whether he’s singing or he’s rapping, DICI’s confidence can be felt in his delivery as well as his overall command of the melodic componentry behind him in “Five Rings,” which isn’t something I can often say for an artist as fresh in the spotlight as he is. It’s only been four months since his debut EP blew up the American underground, but the swagger it’s afforded his approach in this latest release makes every ounce of his extra effort worth it and then some. It’s not often I get to see an artist in the hybrid category working his way through compositional development as exponentially as he is at the moment, but then again, I think the consensus has consistently told us to keep this artist on our collective radar.

“Five Rings” is the most convincing look DICI has featured in his discography yet, and given its diverse but still relatively cut and dry foundations matched with the grandiosity he provides its centerpiece, I think the versatility of its design speaks volumes about what we should expect from him next. DICI has the right tools to make the perfect foray into pop music’s elite in 2021, and in a danceable but still overstatedly decadent piece like this one, we’re able to appreciate his multidimensionality for what it can really do for his moniker. He’s going to be a hard player to pigeonhole, and the versatility in this hot new release is precisely why.