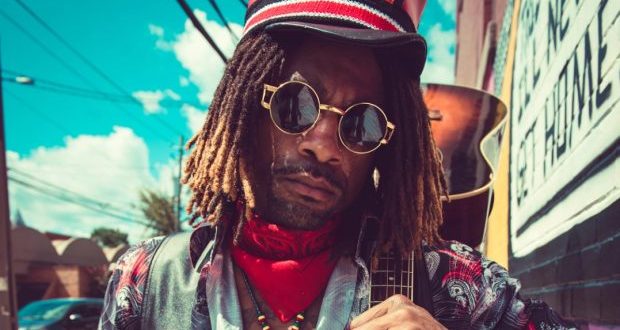 Nick Battle is undoubtedly one of the talents to watch out for in the music industry, as he continues to show his commitment to challenging the status quo as a rapper. The Georgia native recently released “See No Evil,” treating lovers of good music to his amazing fusion of an acoustic guitar with hip-hop flows. In a related development, Nick Battle, who doubles as a producer, is currently working on his “Superhero” project, with plans to release “Party,” the first song off the EP.

The rap game has witnessed the emergence of several talents over the years. However, Nick Battle looks ready to give rappers and other stakeholders in the industry a run for their money, with his unique style endearing him to millions of people across the globe. His fantastic blend of live instrumentation coupled with raw hip-hop lyrics has also set him apart from the crowd, with his style likened to a blend of Jimi Hendrix and Tupac, or Gary Clark Jr. and Kendrick Lamar.

In a bid to stand out from his contemporaries, Nick Battle taught himself how to play the guitar to become the only lyricist that actually spits hot bars while playing live instruments. Over the years, he has honed his skills as a rapper and wordplay artist, performing several crowd-pleasing songs anywhere from Eddies Attic to the main stage at South By Southwest.

Nick’s current project, “Superhero,” embodies the elements of being human but having to be brave and endure natural situations in a supernatural way. He is also working on “Hear No Evil” and “Speak No Evil,” the concluding parts of the EP trilogy as well as a tour in the late summer.

For more information about “Superhero” and other works from Nick Battle, please visit Www.NickBattle.com and Instagram, where he is currently doing a live series.

Stephen Vicino is the founder of MusicExistence.com. He created this site to give talented musicians a voice and a way to be discovered.
@@svicino
Previous Texas Singer and Songwriter Jon Car to Release “The Danger” off His Forthcoming EP
Next “A Night of Southern Rock” Brings Out Celebrities, Musicians, MMA fighters, Boxers, Wrestlers, Actors, Military, and Veterans in support of the Memorial Day Weekend Concert to Benefit Veterans