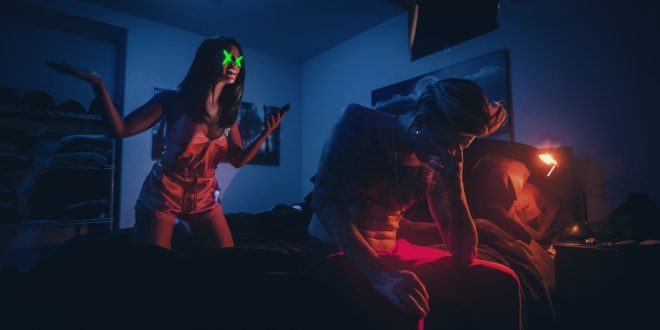 When it comes to relationships, Matty Holmes has had it rough. “One can only take so much lies and deceit from a loved one until it builds up to the point where you can’t take it any more and become sick of it,” explains Matty, “All the pent up pain and sadness evolves into a pure anger.  This song is a warning to those who can’t see what’s in front of their face along with a strengthening anthem for those who have seen it and are working on moving on with their lives.”

Which brings us to his latest single, the aptly titled “Sick Of It“. Part four of the toxic love mixtape – “Sick Of It” brings us up close and personal with some of the many struggles experienced in a love gone wrong. The song outlines the truths in life and love through the realization of a toxic relationship.

A self proclaimed empath, Matty says he is extremely sensitive to the emotions of those around him. To ease this over-whelming emotional sensitivity, he would sit and listen to music for hours at a time as a child. This lead to Matty creating his own music, which helps him cope with situations he finds himself in as an adult.

The track itself is a smooth R&B/Pop crossover, and Matty feels at home over the music bed as he spins his tail of love gone wrong. His voice has a Jutin Bieber feel to it, but a little more auto-tuned at times. It’s gotta be tough writing an agressive song towards a woman in today’s climate, by Matty seems to pull it off here. But you be the judge. Check out the song on Spotify below:

Tags Matty Holmes Sick Of It