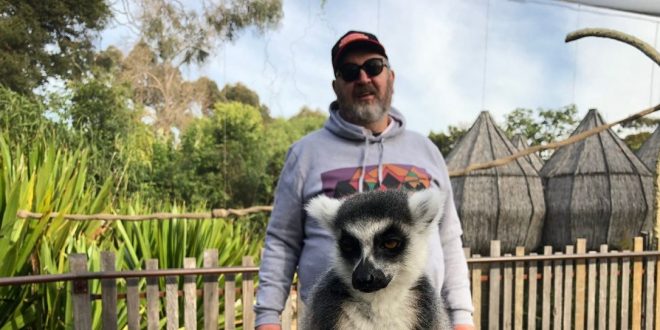 Sam Green’s Time Machine Transcends Space & Time – serendipity. Sam Green’s fecund creativity makes reviewing his work a joy and embarrassment of riches. His flood of releases between 2013 and 2018 covers multiple bases without ever falling into inconsistency and the impressive variety of the musicianship in his songwriting will leave few listeners unsatisfied. The bulk of his songs utilize an acoustic backing though labeling his music as folk would fall far short of describing its stylistic reach. The eleven collections featured on the Spotify platform has helped gain a wider audience for Green than ever before and the top ten popular tracks highlighted on his Spotify site are illustrative of his musical and writing strengths.

His guitar playing is always adept. It is to his credit, however, that the various songs included on these releases never shy away from including the occasional flub or bum note. “For the Ocean” from 2013’s I Think It’s About Time, features some of his most energetic guitar playing. The writing is always functional, never ornamental, and his obvious affinity for the subject comes across in both the lyrics and vocals. “Your Heart is a Diamond” from Players All Are We, released the same year, has another energetic guitar performance. The churning quality it achieves is an excellent fit for the cut.

“Sperm Whale” from the album Love, Love, Love is another track tapping into his predilection for Mother Nature’s creations. The same general template for many of his lyrics, repeating key phrases, hails from folk and blues traditions and Green uses it expertly; it never feels lazy and he meshes important variations when using this technique that deepens the performances. There’s a recurring touch of Spanish guitar surfacing throughout these albums and The Time Has Come Again’s “Drowning in a Sea of Life” is one of the best examples of Green exploring this style. It, likewise, employs repetition to great effect and the lead guitar is particularly colorful without ever sounding cheap.

His 2018 releases are among the best of his career. “Broken Hill” is a popular track from Baked Beans (432 Hertz) and certainly embraces traditional folk music values. The customary elements defining his songwriting are present here, but the imagery is much more effective than usual. There is melancholy running throughout “Broken Hill”, though Green wisely sweetens the performance with another of his delicate melodies. “I Carry the Load” from Ten Parts to the Journey has a much more bluesy feel than countless other Green songs, but there are lonesome strands of country heard here as well. The vocal is especially notable.

Sam Green and the Time Machine’s work is vibrant, engaged with the world at large, and vulnerable. It doesn’t pursue the path of least resistance finding its way into listener’s hearts and sparkles with original and attention-grabbing melodies throughout. There’s no dimming of his skills with passing years and he’s constructed a catalog you can visit and revisit endlessly. Borders be damned; Sam Green and the Time Machine create musical art reaching far past the shores of their water-bound home and thankfully share it with the world.