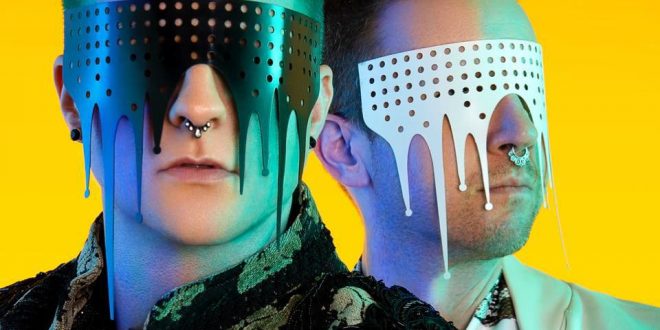 Politics, art, pop culture in general; it all seems relative until it’s presented to us in terms as simple and moving as those we find in the music video for “Everybody Wants to Rule the World” from The Private Language this May, and whether you loved the spirit of this song’s original incarnation or not, this is a track I still think you need to hear before the year is over. Coming off of a suffocating run in 2020, there aren’t many listeners among us who couldn’t use a shot of original vitality in our daily soundtracks at the moment – ironically enough, that’s precisely what sits on the table in this remarkable indie cover.

The narrative of the lyrics accentuates the imagery here rather brilliantly and in a fashion totally independent from what I was initially expecting what I ready about this pair covering such a legendary track just recently. Dropping it on Earth Day was a nice touch, but there’s really never a bad moment to deliver a scathing commentary on contemporary complacency (particularly when it’s coming in the form of a composition someone else wrote in an entirely different era in our shared history).

Instrumentally, the most significant point of separation between The Private Language and Tears for Fears in their versions of this same single comes down to the beefiness of the music. Unlike any other take on “Everybody Wants to Rule the World,” this is a track that feels oversized even when it’s featuring minimalistic composing techniques – such as the signature ascent in the chorus. There’s no debating the validity of this band’s sound, but more than that, there’s no questioning the sincerity of the sentiments they’re representing poetically and musically the same in their cover of a one-of-a-kind song.

If you’re anything like me, you likely look at this kind of content with a bit of suspicion just from experience, but this is an instance in which you would be doing yourself a disservice in skipping over The Private Language’s hot look in “Everybody Wants to Rule the World” this spring. It’s so much more than the cover song you’re expecting to hear, and while I hadn’t been spinning their work before first coming in contact with the video for this track the other day, I’m going to be keeping an eye out for more of their music from now on.