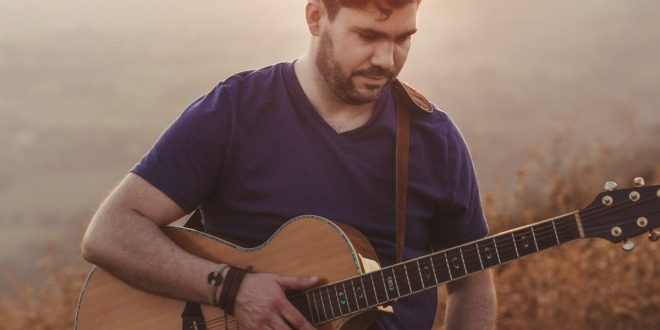 In his first official release, T.A. Parker is making a point of establishing himself as a cathartic, fearless singer/songwriter that isn’t about to spoil his originality with trend-inspired accents, and from start to finish “Endless” feels like an identity track more than anything else. Parker’s voice and throttling guitar play are joined by the roar of a rock band behind him, issuing pulverizing beats that stir a big reaction out of listeners on impact. “Endless” might not sport the polished tone of a pop single, but for a serious music lover like me, it honestly didn’t need to.

There are no frills to be ignored in the video for this song; it’s all meat and no filler, playing out what is typically considered a basic formula that looks potent because of the music it’s tethered to. We aren’t getting caught up in the details of an embellished plot unrelated to the substance of the single; “Endless” is hurled at us just as aggressively in its video as it is when pumped through a couple of speakers, only the visuals here allow for us to see Parker’s calm, cool, collected energy in all of its unfiltered splendor.

I’m excited to hear an album from T.A. Parker in the future, and if you haven’t taken some time out with “Endless” this spring, there’s no better time than the present to do so. This is a new brand of heartland rock that eliminates every ounce of the camp found in the genre’s heyday, replacing it with a grunge-influenced self-awareness that can only do good things for alternative rock contemporarily. Rarely is it that a singer/songwriter can wield this kind of power all by themselves without allowing the material they record to devolve into predictable realms, and thus, people need to keep Parker on their radar in 2021 and beyond.