Home / News / ADCC Rages Against The Machine With “Arrest Degenerates” 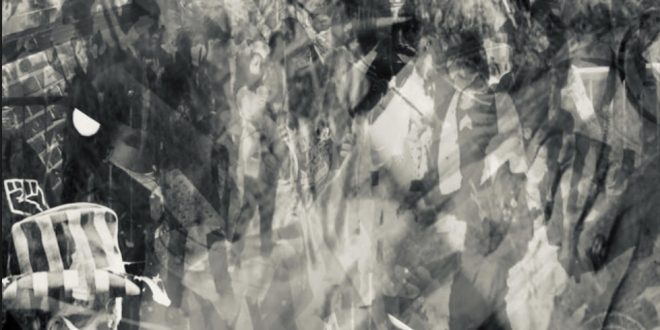 ADCC Rages Against The Machine With “Arrest Degenerates”

Graham, North Carolina’s Alamance Death Camp Conspiracy have dropped their latest single, a interpolation of Ice Cube’s classic protest anthem “Arrest The President” called “Arrest Degenerates”. For ADCC vocalist Steven Meyers Jr, the lyrics hit close to home. “This cover of Ice Cube’s “Arrest The President” conveys my feelings about the current climate in Alamance County, particular downtown Graham, in relation to the confederate monument,” explains Meyers Jr,  “ACSO’s blatantly violent treatment of anti racist protesters while they protect the racists openly from any repercussions, legal or otherwise, and many other disgusting issues that do not seem to have a light at the end of the tunnel.” Lyrics in this version have been altered to fit exactly what the band members feel reflects the situation they are currently facing. “An article on what this song refrences can easily be found by a simple Google Search of “Alamance County Rolling Stone Pepper Spray”.” adds Myers Jr.
(see the Rolling Stone article easily found by Googling “Alamance County Rolling Stone Pepper Spray”),

The single is part of a 10 track album, called The Graham War, which was just released and is available on all streaming platforms.

ADCC are a three piece multi-genre collaboration between age old friends based in Graham, North Carolina. The band was initially created as a troll operation to target racists who posted horrible things online about anti racists who protested the confederate statue in downtown Graham.