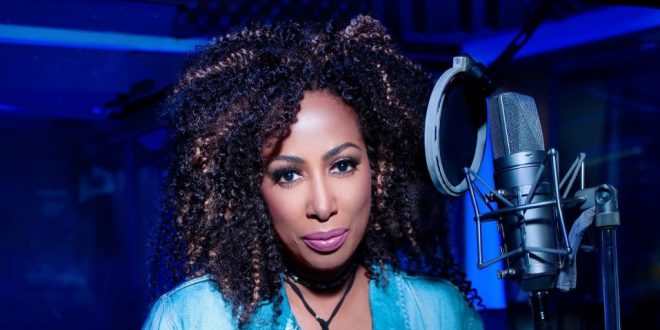 Malou Beauvoir has been a rising star in the Haitian-American crossover pop movement for a minute now, but in her new single “Kenbem,” I think it becomes fairly impossible for anyone to call her anything other than the real deal. This spring has seen a ton of output from her rivals on both shores, but few aesthetical cocktails mixed with the meticulousness “Kenbem” has. It’s a fantastic version of “You Raise Me Up” that challenges the original for supremacy every chance it’s afforded, and although not penned by Malou Beauvoir herself, you could have told me differently in another universe and I likely would have believed you.

These harmonies are absolutely tremendous, and I was immediately swept up in their charisma the first time I listened to this single. “Kenbem” is lent a lot of color through their very presence, and with someone as precise as Malou Beauvoir there to utilize them for all they’re worth, we never feel like we’re listening to something artificial or halfhearted. The star of the show is invested in what she’s singing to us, and you don’t have to turn the track all the way up in order to hear the soul she’s contributing.

This vocal is profoundly sharp when it matters, and in this regard, I think it stands up to Josh Groban’s better than almost any other I’ve heard in this capacity. “You Raise Me Up” is such an iconic song, and its release marked a big moment in vocal pop music at the time, but I’m not baited into thinking about that when I get into the chorus of Malou Beauvoir’s “Kenbem.” She sews enough of herself into the music that it feels like it’s something straight out of her heart, which is ideal in any cover song, really.

I cannot wait to hear the sequel to Spiritwalker, and I believe you’re going to join me in this after you examine this latest single from Malou Beauvoir on your own this May. “Kenbem” gives us a statement that could only be made through the release of a cover song at this point in her campaign, and in choosing this particular composition, I think she gifts us a greater bridge into her artistry than any we had been provided with before. She’s an easy player to love, and judging from the ambitiousness of this single, I don’t think we’ve heard the last of her quality material at all.