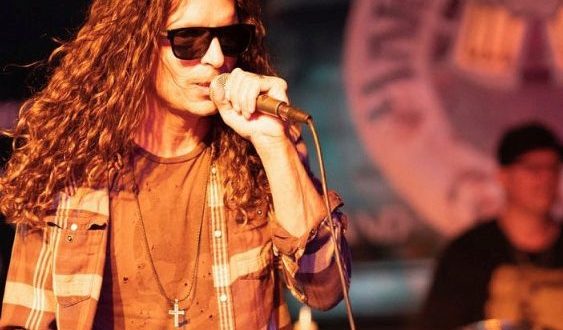 Pouncing on us with a ton of fuzz and even more charisma behind the beat than it does the polish of the production quality, Brett Copeland makes a point of pressing on the gas pedal as hard as he can right out of the gate in his new single “Gunmouth” – and the intensity his effort produces is brilliant, to say the least. While the main component of the drive in “Gunmouth” is the swaggering riff-rock at the heart of the mix, there’s perhaps just as much to be said about the song’s crushing bass element and animalistic vocal attack, both of which feed into the Stooges-esque energy we find beneath every galloping groove here. Copeland’s sound is born of unrelenting rock prowess in this track, and it’s a shot of vitality in a dead season for the genre without question.

The instrumentation is arranged to create such a restraining sensation around the verses that one could argue there isn’t much room for a bravado-laced vocal, but this guy still manages to find a way to insert a bit of indulgence into the performance he gives up with the microphone in his hands. There’s plenty of efficiency in the bones of “Gunmouth,” but what I like about Brett Copeland is that he doesn’t let his brand of anti-excess as a composer get in the way of his giving as angst-ridden and moody a show as he can when he’s in the heat of the moment. He’s equal parts pop-influenced craftsman and boundless experimenter, and that’s well-represented in this single.

There’s so much more to be learned about who Copeland is as an artist in studying the enthusiasm with which he punches home the words in “Gunmouth” than there ever would be the actual linguistics he’s employing here, but this isn’t to say he lacks substance as a poet in this piece. On the contrary, I think it spotlights just how integral his vocal style is to the soul of any narrative he’s trying to convey to the audience in a way that was only hinted at in “Lasso the Stars” and “Ruse,” both of which were cut just last year. He’s grown a lot just in the past twelve months, and based on the ambitiousness of this song I don’t see his development changing course anytime soon.

“Gunmouth” is, as its title would imply to us, a brash, unapologetically tough rock n’ roller, but were it not coming to us from an artist with the surgical-quality precision Brett Copeland exhibits in the recording studio, I’m not convinced that as many critics would be talking about it today as we are. There’s a viciousness to this single that I haven’t heard a lot of in the mainstream rock pool for some time now, and if it’s able to infect the masses with a taste for heavier, louder beats and melodies than the past decade has given quarter to, I don’t have any doubts about seeing and hearing more of Copeland’s music as the near future starts to unfold.