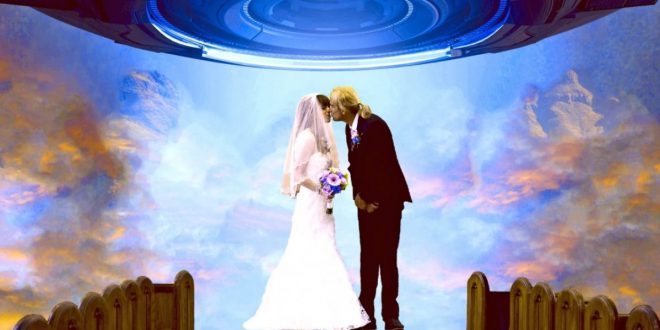 Indie rock hasn’t been the same since AV Super Sunshine stepped into the game. He’s thrown just about every kind of mysterious sonic smoke one can conceive in our direction just in the past three years, but this isn’t stopping him from getting right back into the grind of things this spring with a new single and music video in “A Wedding Song” quite fitting for his present body of work. “A Wedding Song” takes us to his union with collaborator Philomena Victor, and while it’s on the more stripped-down side compositionally, it isn’t lacking in charisma by any measurement.

First off, there’s nothing particularly forced in this mix – on the contrary, everything in the instrumental half of the recording sounds pretty loose and evenly constructed beside the verses, as if to suggest that the words are leading the way more than the beat ever could. AV’s lyrics are soulful and as simple as they get, implying a realism and personal investment too frequently unutilized in both his work and the general output of American indie players these days. He’s being really personal here, slashing through anything to separate us from his heart, and rather than doing this through blatant black and white melodicism, he retains the same indulgent bend so many of us fell in love with early on in his career.

In the night sky of alternative balladry, “A Wedding Song” is a shining star you can’t really let go of once you’ve caught a glimpse of its twinkle, and I don’t think I’m going to be the only AV fan who says so before the month of May has come to an end. AV Super Sunshine could have gone about dedicating this any way he wanted to, but by choosing to go as straight with his artistic command as possible, he makes it hard for anyone to call him anything other than honest in this brooding performance.