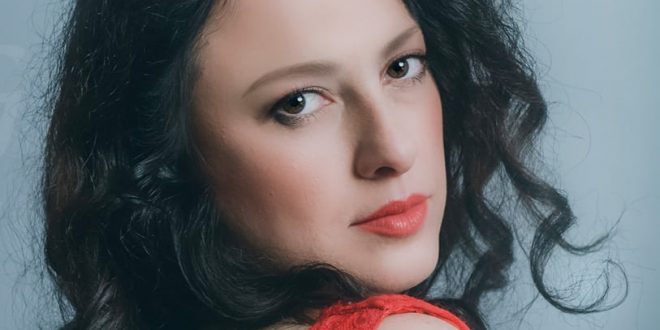 Some beats simply demand a physical reaction out of the crowd, and in Eveline’s “Waiting for the Summer,” even the seductive singer herself can’t resist the urge to swing along to the rhythm of her stately debut single. Eveline’s vocal is undeniably the most intriguing element to behold in this release, as well as its sultry music video, but without the presence of the rambunctious rhythm behind her, one has to wonder if her performance here would be as stunning as it is in this scenario. She doesn’t give us any room to wonder, though – in “Waiting for Summer,” her moves take control of anything within earshot of the groove.

The lyrics in this song aren’t framed by the percussive component in the mix exclusively – actually, I think that the way Eveline dishes them out to us has a lot to do with how they end up influencing the emotions in the beat and melodies. Instead of having us intently following her every word to know where she’s at in this release, she’s giving us a full-color picture through the different intricacies surrounding her verses, which isn’t something that is nearly as common as it should be in the contemporary pop scene.

As far as the story being told in this single is concerned, I think it speaks to the personality of Eveline rather brilliantly and establishes her as the sort of feel-good pop singer we haven’t heard much from in the majority of the past ten years. There’s nothing elegiac about this performance, and rather than inviting even a hint of melancholy into the fold just to exhibit some contrast and depth, the ominousness of the beat makes up the ground and gives this vocalist’s delivery even more of a chills factor than it already would have had.

Localized scenes don’t make any sense in modern times, and if you want to know the reason why, just take a look at an indie player like Eveline and the incredible, limitless work she has turned in with this 2019 debut. With none of the musicians’ politics that got in the way for thousands of solo artists and bands to come before her, Eveline is able to give us a performance that is truly an embodiment of who she is as a performer. It’s far superior to anything preceding it stylistically, and probably just the tip of the iceberg with regards to what she will inevitably share with the world.