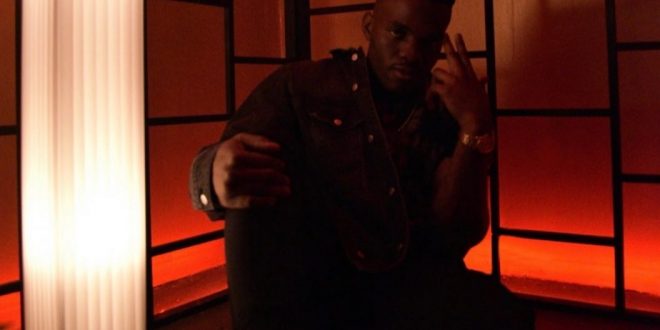 Romance is gripping Feriano JX’s heart and mind in the new single “Night Fall,” and despite the ultra-personal nature of the poeticisms he unfurls in this two-minute slow jam, the narrative here is anything but inaccessible. It’s hard to tell a story in a song as short and simple as this one is, but when it comes to creating a complete story with brilliantly fluid lyricism, it would certainly appear this young man doesn’t face many difficulties at all. His stylishness is spotlighted in the music video for “Night Fall,” but overall, this man’s primary cool factor is found within the structure of the material itself.

Feriano JX’s swagger is definitely present in this track, but he’s exceedingly careful in both how he uses it and where he chooses to emphasize its influence. Confidence is required when coming out of the underground and trying to break through to the mainstream level, but to offer us something humbling in spirit, he’s right to take more of a conservative emotional approach to some of his direct statements – while still keeping them as sharp as a machete, mind you. This is a guy who lives and breathes music, and that’s obvious even after a casual listening session spent with his new song.

The video for “Night Fall” has an elite-caliber production quality I honestly don’t expect from newcomers to the international stage, and to be frank, I think that Feriano JX could have gotten away with doing something a little more basic while still looking and sounding boss at the end of the day. This is more dreamlike than necessary, but because of the way the imagery frames the lyrics, it wouldn’t be too much of a stretch to suggest that the audience is getting more out of the material than they would have.

There’s a lot of weight on this bassline here, but not to the point of translating as overindulgent; not in a negative fashion, at least. Feriano JX seems like the type of artist who isn’t willing to favor efficiency simply for the sake of being a fat-free songwriter; “Night Fall” uses broad strokes to magnify the multitalented creator behind all of its charms, and had this not been the case I’m not positive that we would be talking about it as much as we are this spring. Experimentation is where it’s at right now, and he’s not shying away from it for anything in this piece.

“Night Fall” is an interesting debut for an artist who has a lot of muscularity in his sound, and I believe he’s going to have some big things ahead of him if he sticks with the lyric-focused attack he employs here. For Feriano JX, there’s never been a better time to have the career he’s got, and with a skillset as defined as his is I wouldn’t imagine him wasting his time doing anything else anyway. He picked the right medium, and “Night Fall” gives us an awesome indication of what he can potentially do with it in the near future.