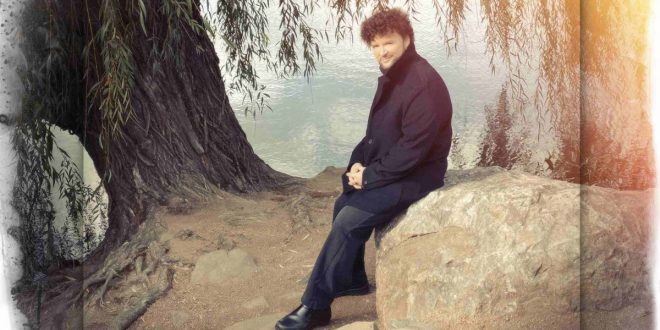 The award-winning artist will also release a music video, book chapter and poem each month. Sarantos is the host of “The Songwriter Show” on major platforms.

7 years. 14 albums of original material. 178 songs. 7 accompanying fiction/fantasy books. Over 300K Spotify streams. Over 1 million social media followers. Yes, Sarantos is both prolific and popular. As he enters the eighth year of his musical odyssey, he shows no signs of slowing down. In fact, Sarantos has made it his life’s mission to release a new song, music video, story chapter and poem, every month, for the entirety of his life. With each release, Sarantos donates a portion of proceeds to a charity selected by his fans.

His May 2021 release is “I Never Catch the Train.” This month’s charitable recipient is Smile Train. Smile Train is the world’s largest cleft-focused organization, with a sustainable and local model of supporting surgery and other forms of essential care. Over the last 21 years, they have supported safe and quality cleft care for 1.5+ million children and will continue to do so until every child in need with a cleft has access to the care they deserve.

“One of my favorite shows was the Big Bang Theory,” says Sarantos. “I marveled at Jim Parsons’ character, Sheldon Cooper. He was fascinated with trains, and so was I, when I was a kid. So, during an episode, an idea sparked. This is a folk-country song about never catching the train on time. Did you ever have one of those days, or one of those months, when you’re just a step behind? When no matter what you do, your timing just isn’t right? I have. I hope you love this song and the analogy. There’s an intelligence here that might make you check out more…”

“I Never Catch The Train” is now available on all streaming and digital sales sites.

Sarantos has been nominated for the International Music & Entertainment Association Awards, Hollywood Music In Media Awards, Josie Music Awards and the Hollywood Songwriting Awards. He currently has over 1 million Social Media followers and has been consistently rated #1 on Reverbnation in the rock, and even pop genre, worldwide. Sarantos has performed at multiple venues including the Toronto Music Festival to a sold-out live audience.

Sarantos also hosts “The Songwriter Show” which is broadcast live on #1 ranked Pesmou Radio with listeners in all 206 countries in the world and every state in the US.