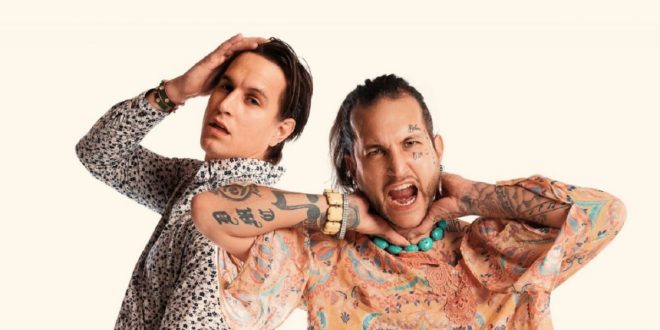 It’s late, too much liquor has been consumed and getting home sounds like an impossible feat no one could accomplish without a little assistance. Practically all of us have been there before, and in the single/video combo “Drunk Mess” from Kooly Bros and Young Thug, we’re given a humbling look at just how real this type of situation can get on the right evening out. For all intents and purposes, “Drunk Mess” plays like the party track its title would suggest it to be, but what it tells us about the artists it features is a lot more profound than simply what their favorite cocktails at the club are.

Most guest collaborators aren’t as adept at stealing the show as Young Thug is, but in this scenario he actually contributes a lot towards balancing out the mix as opposed to dominating with his excellent flow. Kooly Bros give him plenty of space to operate, but he doesn’t even need it to sound hard-hitting when his verses come into play – he’s working off of the bassline and stepping into the lyrics as opposed to building the structure himself, which doesn’t just highlight what he can do as a rapper, but what this pair can accomplish as performers overall.

I can definitely pick up on some shades of a Juice Wrld-style melodicism simmering just beneath the surface cosmetics of “Drunk Mess,” and if Kooly Bros want to make the most of the natural skills they bring to the studio with them, they’ll experiment with this component of their artistry even more than they did in this single. There’s something outwardly psychedelic-tinged with raw, unfiltered emotionality in this song that wants to come undone beneath the pressure of the lyrics, and in a different setting, I think it could inspire some fierce hip-hop balladry.

A compellingly hook-powered track that features a music video I would give just as much praise to, “Drunk Mess” allows the relatively untested Kooly Bros to give us the incredibly powerful, mainstream-caliber performance they’ve had in them for the better part of the last four years, and it’s probably the best segue from the underground to the mainstream in their discography right now. Young Thug lives up to the reputation he’s been enjoying in recent years awesomely in “Drunk Mess,” but at the end of the day, it’s the pair he’s playing with that will likely get the lion’s share of the spotlight for this bar-raising release.