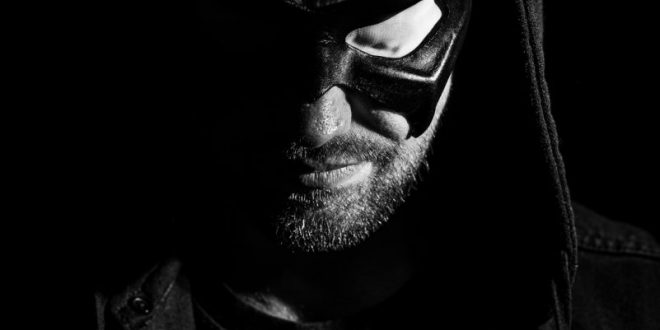 Havoc Faction is more than killer electronic-infused rock band, it’s a multimedia collaboration between comic book illustrators, animators, film makers and music producers that all bring a science-fiction story to life. The story follows the character Backdraft and his group of vigilantes into the shadows of Unity City — their corrupted home in a post-apocalyptic wasteland.

The project has debuted their latest single, the highly texturized post-hardcore track “Crossfire”

“‘Crossfire’ was inspired by the current political climate that’s really intensified since the rise of covid 19,” says the band. “It seems a majority of us are caught between two sides, the left and the right. While being so focused on what the other side is doing, they are causing more harm to the rest of us who are caught in the middle of the feud. Most of us are just trying to survive or be happy without pertaining to a “side”, hence why it fees like we’re just caught in crossfire. Personally, I follow much bigger issues that we are currently facing, like the damage we are doing to our environments (land and sea), and wildlife, while disrupting eco systems that many not be able to return. We’re not only creating our own demise but we are bringing many other species down with us, but everyone has been so focused on each other instead of the impact our actions are causing based out of fear. It’s incredibly frustrating. With Havoc Faction being the concept band, the song also coincides with the story of Backdraft losing one of his members/friends in a fight, dissolving the faction, leaving him questioning if anything he was doing even making a difference or if the loss he’s experiencing worth it. These were thoughts and feelings I was facing while navigating this pandemic and those who have lost loved ones at any point in their lives and can relate.”