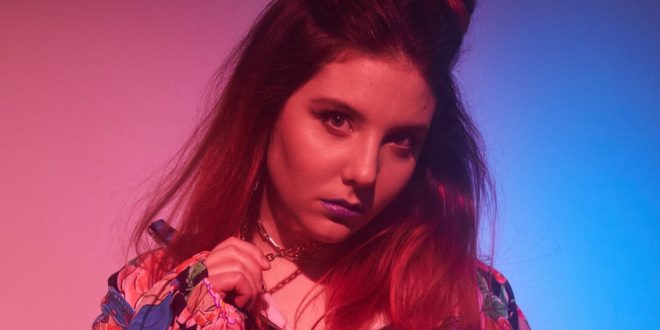 “Say that we’ll stay friends / Say this won’t be the end / But tell me that the feeling’s gone,” we’re told in the chorus of Kelsey Coleman’s new single “Break Mine,” the singer/songwriter channeling the sentiments of a concluding relationship with a painful realism some might not be expecting to find in a modern pop song. Her heart is on her sleeve while her delivery is entirely straight-up in this performance, and if you were anticipating hearing anything less than a pop-inspired game-changer in “Break Mine,” you’re going to be in for quite a surprise in this all-new release.

The stealthy stylization of Coleman’s lead vocal in this song only makes her words seem all the more guarded and personal as if they were being sourced directly from a page out of her diary. There’s never a moment in which her plaintive whisper feels forced or unoriginal; it’s clear, no matter which angle we’re analyzing the mood of this narrative, that everything we’re hearing is hers and hers alone. “Break Mine” forces her internal dialogue into the spotlight, removing none of its innocent hue in favor of some predictably plasticized studio polishing best left to the bubblegum singles out this spring.

There’s a relentless band of texture coming off of the backend in this master mix that terrifically highlights the delicate nature of the vocal melody at the eye on the storm, and it’s through the contrast their clash creates that we’re better able to appreciate how much Kelsey Coleman really has going for her as a singer. When she inches towards the climax of the song, there’s no tension behind her – it’s all in the palm of her hands, following the ebb and flow of a groove that originates with her vocal cadence exclusively. She’s a powerhouse, and you can’t deny that when listening to this track.

While the lyrics here give us a lot of context, I don’t think that “Break Mine” would play out the same were there a different voice other than that of Coleman’s at the forefront of our focus. She makes the poetic value in this single skyrocket just in the manner of her execution, and in an age that has seen a lot of her contemporaries favoring bloated elements of surrealism that feel more druggy than they ever do psychedelic, her cut-and-dry approach to this composition is as refreshing as it is charismatic in construction.

Most serious underground followers have already been taking note of Kelsey Coleman in the last year, but if you needed an excuse, this Jersey girl’s latest release should be enough to sell you on her artistry and where it appears to be headed at the moment. “Break Mine” is a really personal piece of music that has all the right components of a gripping pop ballad – sans anything we might associate with the fundamentals of radio-ready songcraft, that is. She’s a pure soul as far as musicianship goes, and I really want to know what else she’s got in store for us.

Previous Deo The Plug: Taking Afrobeats To The Next Level
Next Single Review: Jane n’ the Jungle “Trouble”