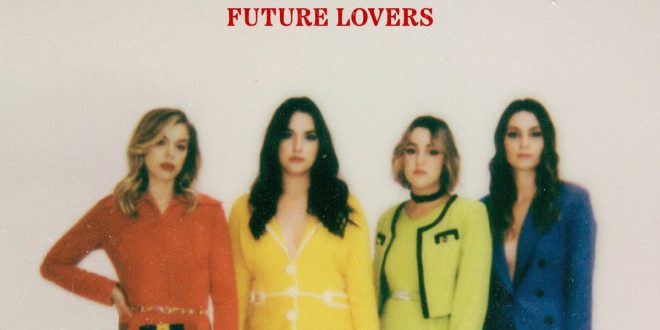 Toronto’s garage rock fearless foursome The Beaches, have announced their newest EP Future Lovers out May 14 via Universal Music Canada. The release comes on the heels of their 2019 EP The Professional  and 2017’s impressive debut album Late Show.  Alongside the EP announcement, the band also dropped a new single titled “Let’s Go” which was produced by Jacknife Lee in Los Angeles prior to the pandemic.

In a statement, lead singer Jordan Miller said: “We recorded most of Future Lovers in Los Angeles with Jacknife during The Professional sessions. But the pandemic gave us the opportunity to look at some of these songs and give them some new Beaches twists before they were released… You know, we’ve kind of all matured a little being stuck at home for over a year.”

In typical Beaches fashion, the new single calls out redundant narratives associated with being women in the world of rock n’ roll. “Said we’d do better if we quit writing about all the girl stuff” snipes Miller, as the band drives into the song’s punchy chorus filled with greasy guitar riffs and plenty of melodic “oooohs.”

Singing about “girl stuff” seems to have worked for well The Beaches during their career. The band has opened for everyone from The Rolling Stones to the Foo Fighters and most recently saw their chart topping single “T-Shirt” become Certified Gold in Canada.

Toronto based writer for Music Existence. Lover of all things rock n' roll and Star Wars.
@katietymo
Previous Phantom Ocean to release new single, “Notice Me Senpai”
Next Single Review: Me and My Nightmare “Mad World”