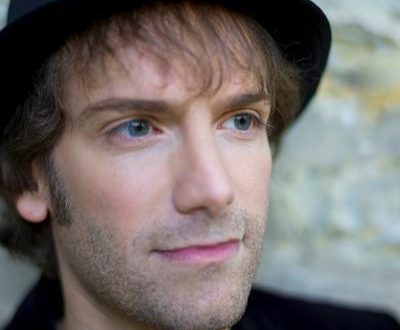 Classical music touches us in a way that nothing else in the aural spectrum can; through the divinity of its most powerful arrangements and the players who would seek to make them their very own, we connect with an iconic medium within human artistry as ancient as culture itself. Raphaël Angelini is gifted with the ability to translate some of the best tonal offerings this genre has to offer, and in his new recording of Chopin’s “Revolutionary Étude, Opus No. 10-12,” he makes it just about impossible for any critic alive to question his musicianship (and, more importantly, his commitment to disciplined play).

The video for this release highlights the ease with which Angelini commands the keys when he takes to the piano, and although I had assumed a certain element of his prowess would be evident in the visuals here, it’s perhaps through the unadorned imagery that we best understand how inhuman the feat he’s performing actually is. Rather than broaching Chopin’s style with a mere appreciation for the emotion tempo can create, he immerses himself in the aggression of this piece and understatedly throttles every key beneath his fingertips with a precision that takes years to master. His calm is impressive, but not nearly as much as his attention to detail is.

There’s a certain ominousness to the melody reduced by the rhythm of this composition as it’s constructed by Raphaël Angelini, but this too only serves to spotlight another component of his artistic charms – his multilayered technique. Instead of banking on a single emotion here, he’s shredding through a bevy of different feelings controlled entirely by the pace at which he’s melding one resonating note with the next, and despite the commonality of classical virtuosity in 2021, his is still a take on these movements I wouldn’t compare to any other in recent memory.

The angst of the keys is never hesitant, nor does it ever become excessive in the grander scheme of things, and our leading man’s delivery is the sole reason why. He’s making it so that no one within earshot can remove themselves from the deluge of melodic charisma that comes undone the moment he starts to play. We feel everything at once because he wants us to, and had Angelini wanted to go for something a little more staggered, I haven’t any doubts he would have produced a different track than the one before us today.

It’s difficult for me to speak on behalf of anyone who isn’t myself, but something in my gut as a music critic tells me Chopin would be very proud of what Raphaël Angelini has done with this piece, specifically with regards to the preservation of its original integrity while still putting a very unique signature on the composition I’d be unlikely to hear from another artist. Angelini is as elite a pianist as we could be introduced to in modern times, and if he’s this adept at the most advanced of classical models, I can’t help but wonder what he could accomplish in more experimental ventures.

Previous Single Review: Me and My Nightmare “Mad World”
Next Napaht Na Nongkhai Making An Impact With Her New Release ‘An Old Butterfly’