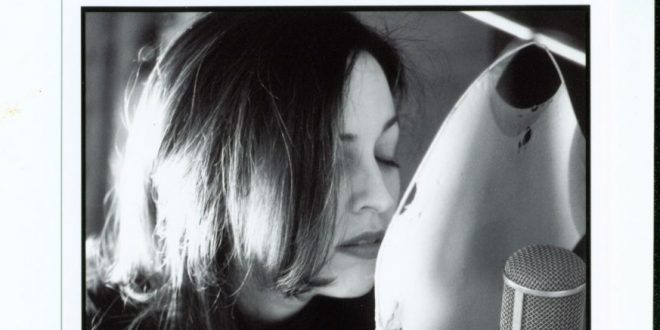 Single Review: Grey DeLisle “Tonight You Belong To Me”

Grey DeLisle can’t seem to stay out of the headlines this year, and if you don’t understand why, you clearly haven’t heard her voice in action. DeLisle’s new single, “Tonight You Belong To Me,” and its barebones music video are a measurement of her iconic musicianship as much as it was intended to put an exclamation point on a charm so many fans were reminded of in the recently-released “Valentine.” “Tonight You Belong To Me” is a cover song that steps back in time almost a century, but the emotional tone of how it is performed here is as relevant as ever.

To be both decadent and simplistic at the same time can be a complicated affair to put it quite mildly, but there really isn’t another way for me to describe Grey DeLisle’s voice in this song. She’s absolutely stunning in her delivery of the lyrics, and while I’m very tempted to call this song as intentionally fragile as its direct predecessor was, the harmony it ultimately sports is too liberally applied for me to say as much. It’s aesthetically conflicting but seamlessly presented, much as every fine piece of art tends to be – regardless of the medium in question.

The rustic qualities in “Tonight You Belong To Me” are given new life through the vitality of DeLisle’s charisma in this recording, but at no time do they become tastelessly campy (as so many of the vintage-inspired content I’ve been reviewing in the past month has been). There are some critics who would tell you going retro in any fashion isn’t a smart decision given the trend towards realism in contemporary songcraft, but I don’t know that this player is outright rejecting modernity with her old-fashioned features. She’s just too talented, and moreover, too witty in her artistry for any credible music aficionado to think so.

Both the music video for this song and that of “Valentine” do a lot to show us how serious Grey DeLisle is about maintaining a no-frills attitude when it comes to execution, but I will say I could pick up on this element without seeing either one. There’s something really unique and heartfelt about the stylization of “Tonight You Belong To Me” for such an attribute to go on totally ignored by listeners, and I doubt I’m doing to be the only one to commend this aspect of the release in the coming months ahead.

If you weren’t already excited for the upcoming Borrowed LP, this should be just enough to get you pumped up for more of Grey DeLisle’s amazing music this year. 2021 has already given us a lot of memorable content from across the indie spectrum, but in terms of folky artists who need to be getting a lot more attention than they have been thus far, I don’t believe there are many acts you should be following as much in the underground as closely as hers. She’s a one in a million talent, and there’s no getting around that here.