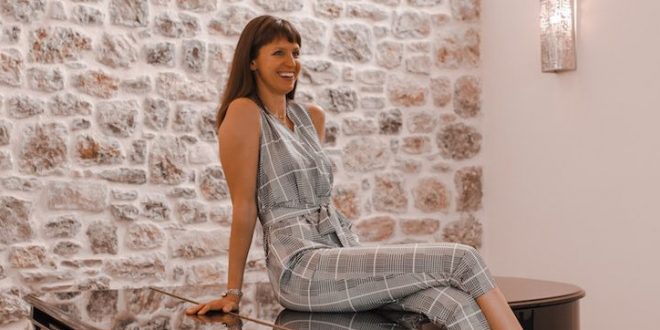 In a world where everyone is clamoring to be heard, sometimes it’s the quiet you notice the most. Cheryl B. Engelhardt’s new track, “Ithaca,” is a beautifully calm song, arranged to feel like you’re slowly waking up and at total peace. It’s an oasis of serenity in the middle of chaos. While there are no words, Engelhardt uses vocals as another instrument, lovely “ohhs” and “ahhs” sweeping over the simple piano music and ethereal sounds. The result is a song that sucks the stress right out of your body, something Engelhardt strives to do with her music. While super soft New Age music isn’t everyone’s thing, there’s something achingly pretty about “Ithaca” that will make you want to listen more than once. If you close your eyes, breathe slowly, and listen closely, those three minutes might be some of the most relaxing moments of your whole life.

“Ithaca” comes in the wake of Engelhardt’s 2020 album, Luminary, which was named the top New Age album of 2020 by New Age Music Guide. With her new single, Engelhardt seems to be staying in the same vein of quiet contemplation, different from some of her previous work, which felt much more like indie singer/songwriter pop. (In the best way.) It’s always exciting to come across an artist that has range and can easily slip in and out of different genres without missing a beat. It shows true talent and a deep understanding of music. Changing your sound radically can be scary and even detrimental for a lot of artists, but for Engelhardt it seems as easy as breathing. Aside from her own music, she’s created dozens of scores for commercials, web shows, and short films.

At the beginning of 2021, Engelhardt composed and created a powerfully moving song with VOICES21C (a musical social justice group she founded) called “The Listening.” Along with activists such as Donzaleigh Abernathy, Halim Flowers, and Wes Felton, The Listening Choir all virtually met and recorded the powerful ensemble based off Dr. Martin Luther King Jr.’s 1967 speech, “Beyond Vietnam: Time To Break The Silence.” Engelhardt masterfully arranged the track, and is credited in articles in PEOPLE, Harper’s Bazaar, and The Hill. Engelhardt and VOICES21C hope to inspire social change in the world and help people understand each other through music.

After the release of “The Listening,” Luminary, and another single, “Unwind,” Engelhardt was placed on Muzique Magazine’s “Female Artists Ready To Breakout in 2021” list. It seems like her New Age sound is really working for her, along with her dedication to social activism. Throughout her body of work, you can see she truly understands and loves music. “Ithaca” showcases her abilities as a composer and an artist. Her shift into this New Age sound was because she wanted to create music that fought anxieties and provided peace and focus. In the crazy lives we live today, we all could use a little more peace and focus. We could definitely use more of Cheryl B. Engelhardt and songs like “Ithaca” to guide us into bliss.