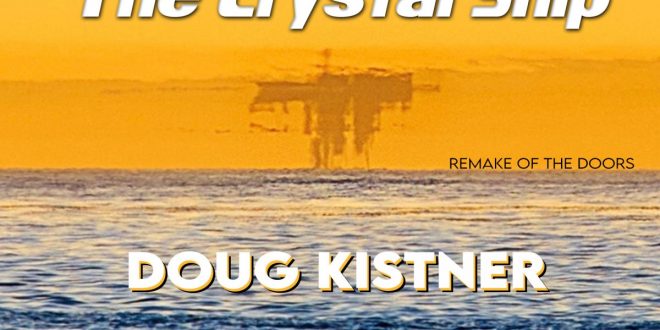 His re-imagined version of the Doors’ classic, “The Crystal Ship” is available now.

“Kistner carves out his own identity, masterfully” – IndieShark

“He’s the master now, with all of his tricks on full display” – Hollywood Digest

Doug Kistner is a renowned touring keyboard player and vocalist from Verona, NJ. Doug has performed with some of the biggest names in music, including Trans-Siberian Orchestra, John Waite, Blood Sweat and Tears, and Chicago’s Danny Seraphine. While Kistner is well-known among music’s elite as a go-to player, as a solo recording artist, he remains under the radar to the general public.

With the release of his two 2021 solo singles, “Only Road I Know” and “Since We Left Our Dreams,” Kistner has taken a step out of the shadows towards the forefront. Both tracks reached the Top 15 on the UK iTunes sales charts, also receiving European airplay and charting. His critically acclaimed brand of “yacht rock” has also seemed to have won over critics, who have praised the musician for his creative productions. Now, Doug Kistner takes on one of the biggest acts of the 60s.

On April 14th, 2021, Kistner released his version of the Doors’ classic song, “The Crystal Ship.” He is joined on the recording by Mike Todd (bass) and Dave Anthony (Dennis DeYoung, John Waite). The session was engineered by Marc Battaglia.

Previous Giving Them “Something To Believe In:” Miss Freddye Delivers New Single
Next Single Review: Lordzamel – “Not of This World”