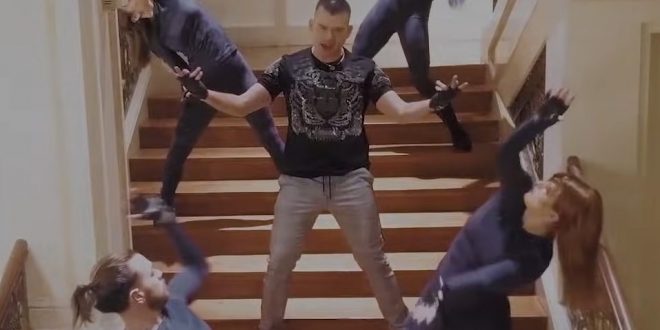 Single Reviews: Xavier Toscano “Made It Look Easy” And More

Rigidly rhythmic in “The Remedy (Feel Alright).” Uncaged yet bound to a mathy groove as forceful as it is intoxicating in “Made it Look Easy.” Fearlessly agile and unapologetically focused on speed in “You Make Me Feel (Mighty Real).” No matter which angle we’re catching Xavier Toscano from in his string of new singles, he seems to sound as large and in charge as ever before this year, and for those of us who have been following him since the beginning, this trio of tracks and their music videos signal a new exciting era in his career for sure.

The beats in these songs are never challenging of Toscano’s vocal, but instead give off a different mood depending on the other instrumental elements they’re made to clash with here. “You Make Me Feel (Mighty Real)” is probably the most expressive in terms of rhythmic intensity, but its grooves don’t eclipse those of the other two singles at all – at least from a size point of view. By appropriating tempo and the actual tenacity of the percussion to catalyze a lyrical emotion rather than setting something up independent from the verses, this player makes it hard to step off the dancefloor without feeling something deeper about what we’ve just heard.

Anyone who knows Xavier Toscano knows that his artistic vibrancy is never restricted to aural output alone, and this is proven true once more in all three of the music videos he’s released in 2021. “The Remedy (Feel Alright)” and “Made it Look Easy” match the energy of their soundtracks not only through lively on-screen dance but through the colorful hues their imagery bleed, which at times makes it seem as though we’re to be interpreting something from the subtler cues in these frames just as we are in the music. This isn’t amateur hour, but rather a demonstration of elite skills we need to respect.

I’ve been tuning in and out of Toscano’s discography since the To the Sky remixes, but I think if his present trajectory is rattling off explosive numbers like “Made it Look Easy,” “You Make Me Feel (Mighty Real)” and “The Remedy (Feel Alright)” this spring, I might just have to get a little more serious about following his work. His is a story that just keeps getting more interesting with each passing year, and this latest content doesn’t disappoint whether you’re new to his sound or rekindling a romance with his music that started years ago.