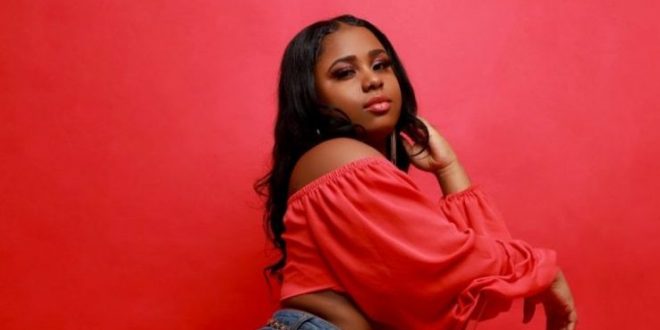 From an instrumental point of view, Kristina Murrell’s “Got Me Dreaming” isn’t totally breaking new ground, but this doesn’t make it any less profound in the context of what it represents for this young singer/songwriter’s talent. Rather than trying to show off with a lot of theatrics and material that requires a lot more multitasking than should be asked of someone with her supreme vocal pedigree, she’s going rather barebones with the concept for “Got Me Dreaming” and giving us the ethereal performance this song’s title would suggest her capable of this spring. It’s a homerun in my book, and I think other R&B aficionados are going to share my feelings.

This lead vocal is more than a catalyst for compositional cohesion; it’s an outright symbol of perseverance that goes above and beyond what any string of lyrics could have conveyed. The poetic value of Murrell’s moxie alone gives any of the words she would put together in this song a little deeper and more honest-feeling from top to bottom, and whether or not she was going for as much, she manages to bridge a lot of the best qualities 90s slow jams and contemporary pop balladry share contemporarily.

The music video for “Got Me Dreaming” goes in a totally different direction than the song itself does, running head-on into excesses both visual and structural that I’ve often criticized in releases by other artists, but it’s difficult for me to do the same in this instance for one reason – the way Murrell melds imagery with songcraft. The ties between beats in our ears and frames before our eyes are impenetrable in this performance, and because of how fluidly everything comes together, the familiar statements these shots offer us are made just a bit more authentic and original than they would have been.

Kristina Murrell has a lot of talent she will likely continue shaping for many years to come, but she’s being efficient with it in “Got Me Dreaming” to such an extent that I don’t know if the press can afford to ignore her or the artistry she’s assembled for herself. This is a good time to be into R&B because of the genre’s growing diversity, but moreover, it’s because of the independent pulse players like this one are keeping alive in 2021. It’s keeping the music as untainted as is possible, and producing amazing content like “Got Me Dreaming” and its marvelous music video.