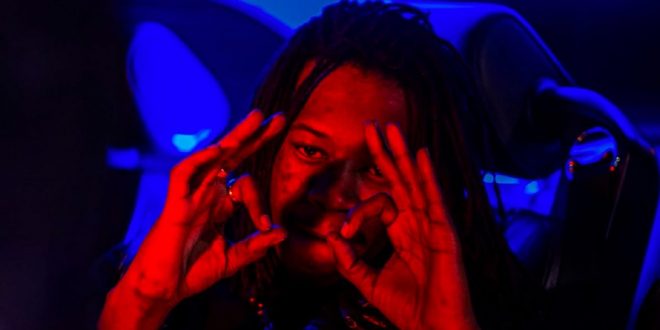 Sometimes rigidity can have an important part to play in a single, and this is definitely true when it comes to breaking down the rhythm in the hot new single “Wave” from Stizee. While a lot of rappers have been cozying up to the shapeless grooves of a psychedelic/ambient hybrid sound (and occasionally having the audacity to call it funk revival), Stizee isn’t messing around with any of that here. He’s giving us the bread and butter of OG hip-hop through a solid beat beneath his words, which takes a lot more intensity behind the mic than some of his competition can muster.

One of my favorite parts to “Wave” that I noticed immediately upon listening to the track for the first time is its bassline. The bass in this single is never gushing into the backend of the mix and creating a muddiness in the main harmony for Stizee to clean up with a surgically-precise lyric; on the contrary, it’s one of the most well-defined elements of the instrumentation. The synth is charged with creating melodicism from the eye of the quiet storm brewing in this mix, and what it conjures is something I absolutely want to hear more of soon.

This has got to be some of the best non-mainstream lyrical execution I’ve had the chance to sit down with in the last couple of months, and it’s easy to see the different areas in which Stizee has obviously been refining his style here. He’s admittedly a very well-rehearsed vocalist who has a linguistic skillset worthy of a second (and third) look, but there’s even more to be said about the natural talents he’s affording us in this piece. “Wave” lets him be as raw as he wants with us, and he doesn’t let the opportunity go to waste for anything.

The music video for “Wave” is really dreamy and colorful, offering us a terrific representation of Stizee’s artistic personality without giving up too much of the secret formula behind his confident prowess in and outside of the studio. He’s got every reason to be a little cocky here, but I love how he still comes off as being pretty humble in his presence for the better part of this awesome new video. His is a persona that was meant to remain accessible in true rockstar fashion, and it’s translating better than he could have hoped for in this release.

Don’t let an aging generation fool you – the rap game isn’t going anywhere, it’s only getting bigger with each passing year, and that’s more than easy to tell when looking at the insurgency independent players like Stizee are creating in the genre’s underground pulse at the moment. This is a man who is definitely well on his way to breaking through on a big level with pop and hip-hop the same, and if you want to get in on his sound at the ground floor, “Wave” is, to me at least, as close as you’re going to reach.