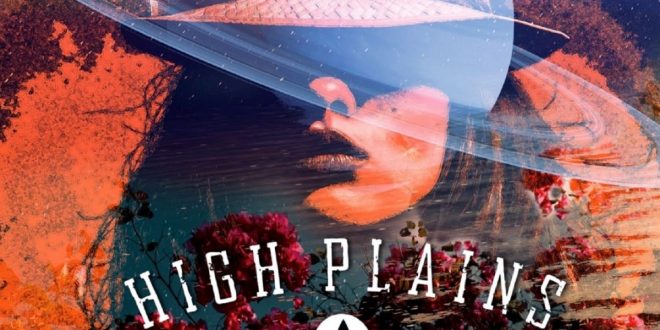 Colorful from start to finish but nonetheless a little stoic in moments that would normally translate as being a bit gushy in a standard pop track, The High Plains Drifters’ new wave-inspired “Since You’ve Been Gone” steps out of the 80s and into 2021 ready to strut like no other indie rocker you’ve heard this year. There are big, swift synths weaving together a harmony for the ages in the background, a prominent lead vocal delivering stinging lyricism, and a beat that makes us want to get dancing immediately, but of all the attributes this song has, building off of a familiar pop template is somehow not one of them.

There’s a terrific flow between the bassline and the synthesizer that consistently prevents the guitar from swelling beyond acceptability and spilling over into the vocal track, and while it might seem constricting from some perspectives, it’s what this single needs to feel really tight in my opinion. The arrangement of the instruments itself is really loose; what it all comes down to is the enthusiasm in the execution, which isn’t anything like what I normally hear out of a band still working their way out of underground obscurity.

I just heard about The High Plains Drifters for the very first time this month, but I’m really loving the stylishness of this latest release and its accompanying lyric video (both of which are out now everywhere superb alternative jams are sold and streamed). They don’t need to be particularly virtuosic to sound very focused and on top of the artistic battle plan they’ve got cooking in the background here, and if they’re able to secure just a slightly larger wedge of the college radio audience over the coming summer, I think we’re going to hear and see much more of their work on a higher level soon.