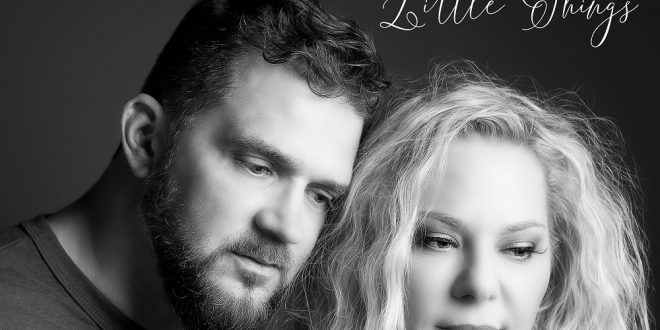 The Little Rock, AR singer, songwriter and multi-instrumentalist has released the video for her duet with Matt Dame, “Little Things.”

Although Little Rock, AR native Pamela Hopkins and former Searcy, AR police officer Matt Dame were from the same state, the duo had never met in-person, prior to recording their single, “Little Things.” Matt had moved to Nashville, so the pair, along with co-writer Trafton Harvey, met via zoom to write the song, based on an idea that Pamela had. That single raced to the top of the iTunes Country Songs chart in South Africa. The track has also amassed more than 175K streams on Spotify.

Now, the singer-songwriter, multi-instrumentalist and self-described “foul-mouth with curves” has released the music video for “Little Things.”

Pamela recalls the day of the video shoot: “It was storming when we shot the video, so we were trying to keep an eye on the tornado warnings the whole day. We shot several scenes at my house and luckily, the other couples that were in the video all lived in our neighborhood. So we went from house to house, wrapping equipment in black garbage bags to protect it from the rain.”

She continues, “Now, I was a little miffed at my husband before the shoot. He was trying to pour me a lot of peanut butter whiskey (which is my favorite)–which you see in the video (lol)—so I’d drink it and not be mad at him! (I can’t remember if that worked or not though–haha). I remember we kept making jokes about some of the not-so-pleasant things couples go through and talked about turning it into a more comical video verses sweet and endearing video…like, we started joking around about the pillow scene —like when she lays down, ‘do we put the pillow over her face?’ (lol) You know, joking about how sometimes we want to ‘kill em!” Or, ‘do we shoot a shot of them clipping their toenails and leaving them on the floor to be found at a later date by stepping barefoot on the sharp edges?”

Previous The Proper Authorities Mark A Huge Milestone With Massive New Single
Next LOZ CAMPBELL Releases Official Music Video for “What Are You Doing It For?”!